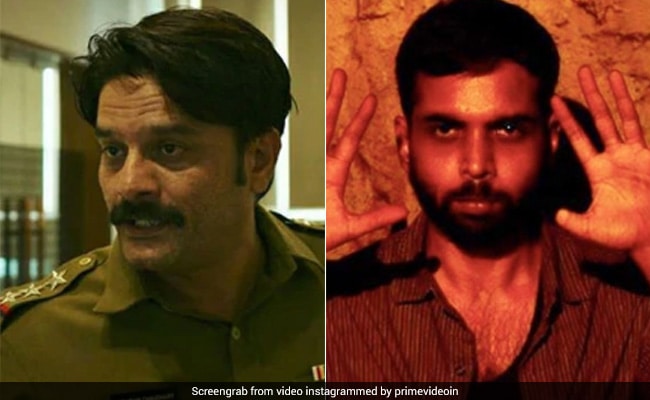 It's been three-odd weeks since Paatal Lok exploded into our cultural consciousness and there is certainly nothing earth-bound about the impact that the Anushka Sharma-produced series has had. Paatal Lok has skyrocketed up and away from the hellish setting of its title, making stars of its principal cast along the way. Two of its primary leads spoke to NDTV about the show - Jaideep Ahlawat, who plays the world-weary but also worldly-wise Inspector Hathiram Chaudhary, and Abhishek Banerjee, the taciturn and dog-loving hitman Vishal "Hathoda" Tyagi. Praise for Mr Ahlawat's turn as the sidelined police officer handed a turkey of a case has come from the highest quarters - actual policemen. Jaideep Ahlawat says he's been getting messages from police officers around the country and one senior officer said that "he feels this is the first time they have shown a human being rather than an uniform."

If Inspector Hathiram has become a household name, so has Hathoda Tyagi. Abhishek Banerjee always knew it was going to be a challenge. "I always wanted people to fall in love with Hathoda Tyagi by the end of it and I knew it was a difficult task because I didn't have any scenes in which I could actually say anything where you would realise what kind of emotions this guy is going through," Mr Banerjee told NDTV. Despite being a hitman with a bounty on his head, Hathoda Tyagi "is a compassionate guy, he's rejected by society but he has compassion and sympathy," Abhishek Banerjee said.

Both actors declared themselves overwhelmed by the love and admiration Paatal Lok has been greeted with.

"The only option we have as actors is to be grateful," said Abhishek Banerjee. They are also hopeful of a new world of possibility and opportunity opening up.

Asked about the detailed research that has so clearly gone into Paatal Lok, Jaideep Ahlawat and Abhishek Banerjee said the credit belonged to the writing team, headed by Sudip Sharma. "The script was my Bible," Mr Ahlawat said, explaining he had no need of meeting real life policemen to play one - the script provided him with the nuance that he needed. "We used to call Sudip sir Masterji on set," revealed Abhishek Banerjee.

Paatal Lok, a police procedural based metaphorically on the concept of heaven and hell, pits Inspector Hathiram and Hathoda Tyagi directly against each other. The dramatis personae also includes Neeraj Kabi as a less-than-savoury journalist and anchor who is the target of Hathoda's next hit, Swastika Mukherjee as his fragile, dog-loving wife, and Gul Panag as Hathiram's wife. Directed by Prosit Roy and Avinash Arun, Paatal Lok is produced by Clean Slate Filmz, co-run by Anushka Sharma and her brother Karnesh.