Paatal Lok Review: Is This Prime's Sacred Games? No, It Is More 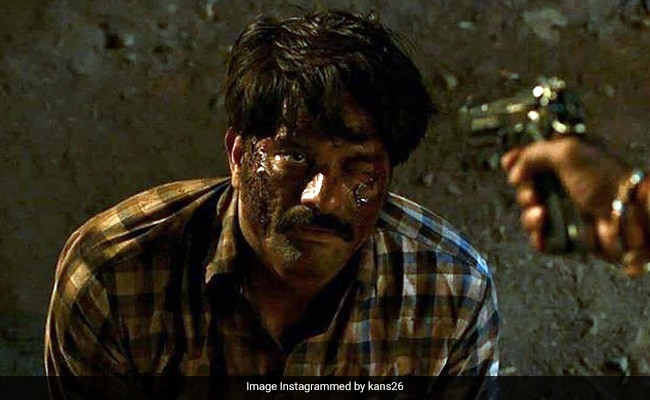 The key pieces are laid out upfront. They are familiar. The neo-noir crime drama - it dredges its way into the dregs of a netherworld - is peopled by smarmy politicians, shifty cops, deadbeat contract killers, a wily primetime news presenter dodging big and small conspiracies, and a pair of East Delhi policemen negotiating a maze. Add to that the fact that Paatal Lok, Amazon Prime's new show, is peppered with cuss words and you have what might seem like a conventional underworld saga.

Hang on. Not for a moment does the nine-episode Paatal Lok feel fusty. Its social and political context, fully integrated into the narrative instead of being employed as mundane backdrop, enhances its relevance as a story. The immersive tale adds up to a compelling, convincing portrait of a world going to seed.

It moves back and forth between Delhi's putrid periphery to the city's puffy power centres, and between the urban sprawl of the national capital to hinterland towns and villages, to probe the rot that's gnawing at the vitals of a society. The mythic and the starkly real are juxtaposed to narrate a story in which Evil battles Greater Evil with slim chances of victory.

The Paatal Lok denizens, be they well-meaning individuals, crafty operators, hapless down-and-outs or epitomes of utter evil, have pasts they cannot live down. Their back stories aren't trotted out to explain away unacceptable behaviour. They constitute social commentary on themes ranging from majoritarian bigotry and caste oppression to media machinations and political corruption.

The first time the state of the country is alluded to, it is in the form of a statement. In the first of nine episodes, a morally ambivalent news anchor Sanjeev Mehra (Neeraj Kabi) says: "People like us used to be heroes. Something about this country changed. Now we get trolled, killed, fired!" When the despair is expressed the next time, a couple of episodes later, it assumes a more ominous edge. A colleague says to Sanjeev, "This country is going to the dogs. We're all disposable like Gauri Lankesh."

The mauling of the media, both from within and without, is only one side of the unsettling picture that Paatal Lok paints, a picture in which anybody's story could end badly. If you are a Muslim, you could end up dead on a railway station platform, lynched by cow vigilantes. If you are a Dalit boy in a village, you could end up being a sitting duck for upper-caste bullies. And if you are a woman trapped in a man's body, you are doomed to end up under a heap of indignities.

In Paatal Lok, the police force and the nation's central investigating agencies, too, are putty in the hands of the powers that be. Nobody less so than two policemen posted in the Outer Jamuna Paar police station - Inspector Hathiram Chaudhary (Jaideep Ahlawat) and rookie cop Imran Ansari (Ishwak Singh).

The former not only has a lot to prove to himself and his wife Renu (Gul Panag), he is also unable to rein in his rebellious school-going son Siddharth (Bodhisattva Sharma), a fish out of water in an English medium school. Ansari, on his part, is at the receiving end of gratuitous, condescending advice from colleagues as well as others on account of his religious identity.

Two characters who have nothing in common, socially or morally, share an unlikely trait in Paatal Lok- of love for strays. One is Dolly (Swastika Mukherjee), the emotionally vulnerable, anxiety-ridden wife of Sanjeev Mehra; the other is Vishal "Hathoda" Tyagi (Abhishek Banerjee), a ruthless hitman with 45 murders to his name. They never meet, but their fondness for canines becomes a crucial link between one end of the spectrum to the other in a world that, as the policeman-protagonist asserts in the opening scene of Episode One, is inhabited by insects. Nobody cares what happens to them.

A world-weary beat cop, Hathiram has languished in the middle rungs of the force forever. The man in uniform is merely going through the motions when an unexpected opportunity to finally prove his worth to his superiors presents itself.

A plot to kill Sanjeev Mehra is busted by men from the Delhi Police headquarters led by DCP Bhagat (Vipin Sharma). Four suspects are nabbed before they can strike. Hathiram is assigned the case. He grabs the chance with both hands. But the guy is no super cop. The tenacious old workhorse, in his enthusiasm to get the job done, makes mistakes.

Hathiram receives constant support from Ansari, who has his sights set on being an IPS officer and spares no effort to prepare himself for the Indian Administrative Services interview. But the disillusioned inspector is perpetually at odds with SHO Virk (Anurag Arora), a man who once trained under him and is now his boss.

Circumstances, both extenuating and aggravating, play a key role in the lives of the key characters. These individuals who stand on two opposing sides of the moral divide are unpredictable in their responses to both crises and lucky breaks. Sanjeev Mehra is a liberal who knows the limitations of being one. He isn't averse to letting facts be twisted to his advantage and schmoozing with men of questionable antecedents. Conversely, even the cold-blooded Vishal Tyagi, who kills his victims with hammer blows, is capable of kindness.

In this world, the wealthy and powerful have no qualms in manipulating the less privileged to protect their turf. Sanjeev has to do a balancing act to keep his job; his wife, trapped in a loveless, listless marriage, seeks solace in tending to a pregnant mongrel; and his understudy Sara Matthews (Niharika Lyra Dutt) strays into a fling with him only to end up disillusioned.

The women in Paatal Lok, especially the two in the journalist's life, do not get the play they deserve. This is a man's world. But Dolly and Sara, one warding off panic attacks, the other desperate not to lose her soul, hold their grounds as the world around them appears to spin out of control. The former turns out to be a saviour, if only unintentionally; the latter emerges as a voice of conscience.

Despite its many detours, Paatal Lok, directed by Avinash Arun Dhaware (Killa) and Prosit Roy (Pari), never loses momentum. It is evenly paced, steers clear of predictable genre tropes, and delivers its big reveals in an easy-flowing, unshowy manner, a rare attribute for a cops-and-criminals saga.

Ahlawat, phenomenally good, contributes a large share of the heft that Paatal Lok achieves. His is a performance that should rank alongside the best we have seen in an Indian original series. Kabi, opting as always for pitch-perfect modulation, fleshes out the captivating ambiguities of the character with minimum visible effort. Swastika Mukherjee is absolutely terrific. Playing a bruised woman struggling to hold herself together, she does not let a single false note creep into the portrayal.

The supporting cast - notably Ishwak Singh, Vipin Sharma, Niharika Lyra Dutt and, not the least, Abhishek Banerjee, who demonstrates that you do not have to yelp, growl and scowl to play a psychopath - is unwaveringly right on the money.

The treatment, texture and sweep lend Paatal Lok, produced by Anushka Sharma and created by Sudip Sharma (writer of NH10, Udta Punjab and Sonchiriya), striking depth of detailing even when it treads known terrain.

Is Paatal Lok Amazon Prime's Sacred Games? No. It is more. Paatal Lok is its own beast. It plunges, unflinching, into an abyss and shines a light on the darkness at its heart.