Anushka Sharma On Paatal Lok: "It Has Truly Become A Part Of Our Pop Culture"

"It's amazing what's happening with the show... memes are a testament to that," said Anushka 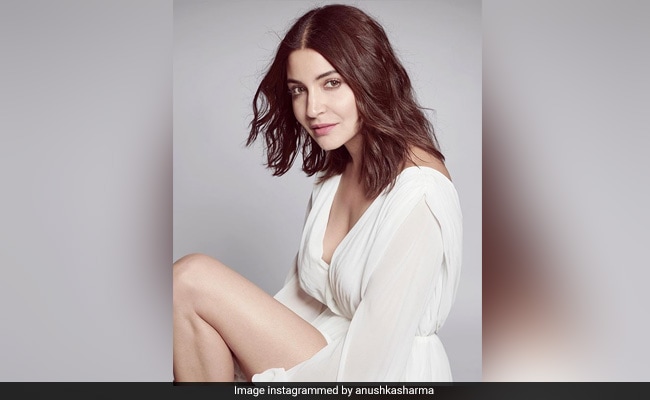 As the producer of a breakout show like Paatal Lok, it is just the beginning for Anushka Sharma who wants to use her position as a Bollywood star to back unique stories and talent.

The praise for Paatal Lok, created by the actor's long-term collaborator Sudip Sharma, has been unanimous from critics, fraternity and the public for the manner in which it explores issues of caste, religion and politics in India in a thriller format.

Anushka, who has produced the Amazon Prime Video show with her brother Karnesh via their banner Clean Slate Filmz, said the idea is to support stories in a non-judgmental way.

The actor said she is someone who has always taken risks in her career, something that she enjoys doing as a producer as well by backing projects like the gritty road thriller NH10, horror film Pari and ghost comedy Phillauri and now Paatal Lok.

"I acknowledge that I have made a career for myself and a name for myself, which is relevant. I want to be able to use the position that I've created with my hard work as an actor and be able to back stories, people and talent. Also, most importantly, let people know that in India we are capable of telling unique stories in a non-judgmental and truly creative way," she told PTI in an email interview.

Anushka said as producers, she and Karnesh, have a number of projects lined up, including their upcoming film Bulbbul with Netflix.

"We have had a few things which have been green-lit already, so we will start the process of writing for those. Our slate is quite full at Clean Slate and I think it's a great time for Karnesh and me at the moment," she said.

"Over the past six years, this is what we've been working towards and we're very happy that we will be able to continue our vision for the company," she said and added that there was a lot of interest in her production house from studios, OTT platforms to actors and technicians.

The 32-year-old actor said as a creative person the only condition she has for herself is not pushing any agenda.

"As a creative person, everything is okay as long as you are not agenda-driven. I think that to me is the biggest no-no. You have to back stories, you have to be true to stories and not to your own agendas," she said.

For now, the actor is enjoying the many memes and stories around Paatal Lok and its dialogues.

"Paatal Lok has truly become a part of our pop culture. It's amazing what's happening with the show... memes are a testament to that. Multiple multi-national brands are using Paatal Lok and promoting their products on the digital platform. Even people are repeating the dialogues of the characters and that's another amazing thing to come out of it," she said.

In a previous interview, Anushka exclusively told PTI that the team would love to go for a second season of Paatal Lok if the streaming platform showed interest.

"I don't want to divulge too much but let's just say it's quite possible. It's too early to talk about it but yes if Amazon is willing to do it, definitely there will be a second season," she had said.