"I never thought I would get to play such a high-octane character so early in life," said Abhishek Banerjee 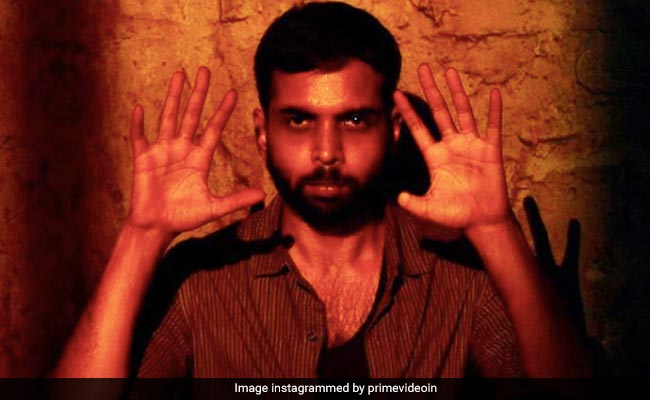 Abhishek Banerjee in a still from Paatal Lok. (courtesy: primevideoin )

Abhishek Banerjee aka Paatal Lok's Hathoda Tyagi has garnered a huge fan base after his performance in Amazon Prime's new web-series. However, his family refuses to watch the show. Yes, you read that right. Abhishek, who played the role of a serial killer named Vishal Tyagi in the web-series, in a recent interview with Hindustan Times revealed that the "women in his life" - his wife and his mother, refuse to watch the show. He said, "I think that it is the ultimate compliment because the show has turned out as scary as we wanted to make it." The actor said that he never thought that he would get an opportunity to play such an intense character at such an early stage in his life and added, "I never thought I would get to play such a high-octane character so early in life. I could also learn so much from playing a character like Vishal Tyagi."

Paatal Lok opened to stellar reviews. In his review for NDTV, film critic Saibal Chatterjee gave the show 4 stars out of 5 and wrote: "Paatal Lok is its own beast. It plunges, unflinching, into an abyss and shines a light on the darkness at its heart."