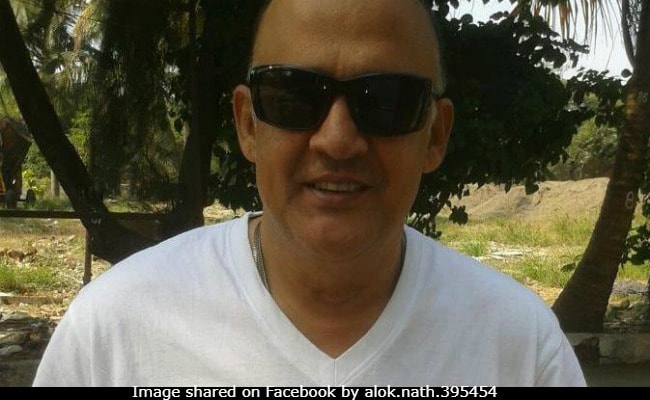 After social media named and shamed actor Alok Nath as the 'sanskaari' actor who allegedly raped writer and showrunner Vinta Nanda two decades ago, Cine And TV Artistes' Association or CINTAA has reacted promptly. Actor Sushant Singh, a CINTAA official, tweeted today to say that Mr Nath will be sent a show cause notice asking him to explain why he should not immediately be expelled from the film body. Mr Singh also advised Vinta Nanda to file a formal complaint, promising full support. Ms Nanda, who revealed in a Facebook post yesterday how she had been violated and brutalized years ago, has not named Alok Nath. Twitter has done that for her, based on her description of her alleged rapist as a 'sanskaari' actor.

Dear @vintananda I am so so sorry. As @CintaaOfficial a show-cause Notice will be sent to @aloknath first thing in the mrng, why he shudnt b expld. Unfortunately we've to follow the due process. I urge u to file a complaint against this vile creature, we extend u full support.

CINTAA has been caught on the backfoot after Tanushree Dutta renewed a decade old claim of sexual harassment two weeks ago. In 2008, CINTAA ignored Ms Dutta's complaint of alleged harassment and intimidation by actor Nana Patekar on a film set. Last week, the film body issued an apology and yesterday said they would reinvestigate if Ms Dutta wants.

Vinta Nanda's traumatic experience has been described as 'terrifying' and 'heart-wrenching' on Twitter, with many calling for Alok Nath to be prosecuted. Actress Navneet Nishan, who played the lead role in Tara, has also told NDTV that she "stands by" Ms Nanda: “I support every woman and man who is standing up for herself/himself in the 'MeToo' movement. I empathise with Vinta for the terrible pain she has gone through; it is unimaginable. I dealt with the four-year harassment by slapping the man in question and it is done and dusted. l suffered the loss of the show and was further shamed by the man through media and I endured that.I fought my battles there and then. I am immensely glad that the power trip and sexual dominance coming from this power is being called out. It is high time."

Social media instantly made the connection - Alok Nath has made playing the 'sanskaari bapuji' his stock in trade.