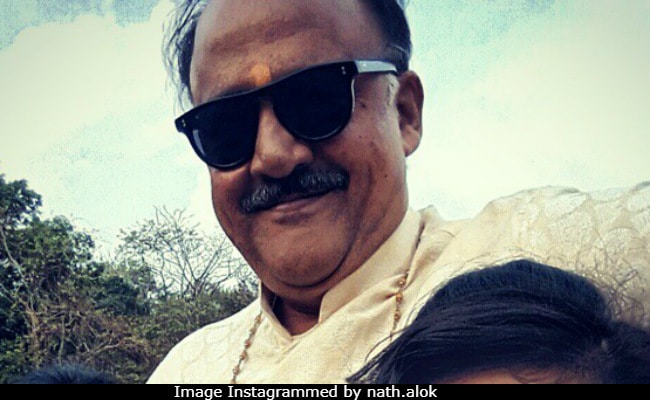 It didn't take social media long to join the dots after reading writer-producer-director Vinta Nanda's shattering account of rape and violation from nearly 20 years ago - the alleged rapist was a 'sanskaari' actor, she wrote. She didn't need to say more - on Twitter, Alok Nath instantly began to trend with many calling for prosecution. Mr Nath has made his name playing the 'sanskaari bapuji' familiar from so many Barjatya family dramas and suchlike. Ms Nanda's terrifying story of trauma has received many responses, among them Richa Chadha, Swara Bhasker and Mini Mathur.

Vinta Nanda's account begins on the set of Nineties show Tara, where the actor, Alok Nath, allegedly harassed lead actress Navneet Nishan. He later turned on Ms Nanda. In a statement to NDTV on Tuesday, Ms Nishan, said she "stands by" Ms Nanda: "I support every woman and man who is standing up for herself/himself in the 'MeToo' movement. I empathise with Vinta for the terrible pain she has gone through; it is unimaginable. I dealt with the four-year harassment by slapping the man in question and it is done and dusted. l suffered the loss of the show and was further shamed by the man through media and I endured that. I fought my battles there and then. I am immensely glad that the power trip and sexual dominance coming from this power is being called out. It is high time."

Meanwhile on Twitter, Richa, who was one of the first celebrity voices to have supported Tanushree Dutta on social media, clearly had no adequate words while Swara Bhasker, who had also tweeted in Ms Dutta's favour, wrote: "heart-wrenching."

"This is so terrifying. How must she have dealt with this alone in the bloody 90s," read a tweet from comedienne Mallika Dua, who had shared Ms Nanda's post on her own time-line. "For heaven's sake. To think someone as avante garde and ballsy as Vinta Nanda went through this torture and couldn't speak up for 19 years! This makes me so sad and angry," read a tweet from Mini Mathur.

For heavens sake. To think someone as avante garde & ballsy as @vintananda went through this torture and couldn't speak up for 19 years!!! This makes me so sad & angry..#Sanskari my chappal!! https://t.co/i0QN7GsDU7

Part 1 #Babuji My ass. This is so terrifying. How must she have dealt with this alone in the bloody 90's. Thank god for social media. @weeny@AnooBhu@MasalaBai@RegaJhapic.twitter.com/t9z5UYyjuE

"I hadn't just been raped, I was taken to my own house and had been brutalised," reads the most horrific part of Ms Nanda's post.

Ms Nanda ends with this damning identification: "Irony is that the man, the predator in question here is the actor par excellence who is known as the most #Sanskaari (Cultured) person in the film and television industry." The "sanskaari" title is popularly attached to Alok Nath by virtue of the several roles of the ideal father figure he has played on television and films over the years.

Meanwhile, Twitter has set Alok Nath trending with angry tweets demanding that he be jailed and prosecuted. "See the stories of how Alok Nath harassed her and violated her in her own home. It's disgusting," read a tweet while another added: "If a character artist like Alok Nath can get away with brutally raping a colleague, god knows what all these Lead actors would have done in the last 100 years of Bollywood."

See the stories of how #AlokNath harassed her and violated her in her own home . It's disgusting

Vinta Nanda is one story which scares the living being out of any girl . #AlokNath is a disgusting egoistic @

If a character artist like #AlokNath can get away with brutally raping a colleague, god knows what all these Lead actors would have done in the last 100 years of Bollywood.

So, Bollywood is like a jungle full of predators where there's no rules or laws and women are the 'prey'#AlokNath

Ms Nanda's account forms part of the #MeToo movement in the Hindi film industry, which has taken social media by storm with actors such as Rajat Kapoor and singer Kailash Kher being named for alleged harassment. Two weeks ago, Tanushree Dutta named actor Nana Patekar as her alleged harasser on a film set 10 years ago. Filmmaker Vikas Bahl has also been named as an alleged predator by four women, two of whom are actresses he directed in Queen - Kangana Ranaut and Nayani Dixit. Mr Bahl's production house Phantom Films has been disbanded as a result of his alleged misconduct and actor Hrithik Roshan, whom he directs in new film Super 30, has promised to take a "harsh stand if need be."