Farhan Akhtar On What The Audience Wants From Bollywood

Farhan Akhtar said: "Everyone was eager to witness the presentation of romance and the world of fantasies was blooming. Maybe the audience is now bored of fantasies to some extent" 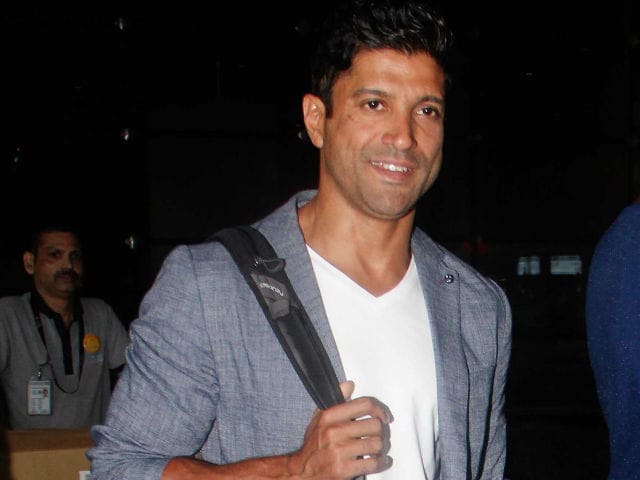 Mumbai: Bollywood actor filmmaker Farhan Akhtar, who is looking forward to the release of his next movie Lucknow Central - about a music band of prisoners - feels the Indian audience has evolved from fantasy films to stories which are about real issues and are inspired from their surroundings. Having debuted as director with Dil Chahta Hai in 2001, Farhan has spent a long time in the film industry dabbling in direction, production, writing, acting and even singing.

Talking about the evolution of story-telling in Indian cinema over the years, Farhan said in a statement: "I believe things in the film industry... the stories that are presented, what the audience likes to see, follow a cyclic format which even has an evolution. And it's a good thing that our audience, writers, and producers want to talk about our people, they want us to talk about our issues."

"A few years ago, it was the age of NRIs, love stories were very popular. Everyone was eager to witness the presentation of romance and the world of fantasies was blooming. Maybe the audience is now bored of fantasies to some extent and they want to learn about themselves now, share our issues with each other," he added.

Farhan, son of veteran writer-lyricist Javed Akhtar, has directed movies like Lakshya and the Don reboot series (with Shah Rukh Khan in titular role), as well as featured in movies like the Rock On films, Bhaag Milkha Bhaag and Zindagi Na Milegi Dobara and Dil Dhadakne Do, which were directed by his sister Zoya Akhtar.

He believes in the present times, when content driven cinema is ruling the roost, a lot of stories rooted in the Indian ethos are seeing the light of the day.

"The evolution of story-telling or any industry is a gradual process and doesn't take place overnight. I think at this moment, the film industry has started feeling that there is a scarcity of ideas, so people will enter in the film industry from (different) places," he said.

"There was a time when a lot of people entered the industry from Delhi - actors, directors and writers, so a lot of film over the stretch of two to three years were based in Delhi, some three or four years ago. At a given time, almost 15 films were being shot in Delhi," he said.

Promoted
Listen to the latest songs, only on JioSaavn.com
"So maybe people are now bored with stories from Delhi, and they are looking to other places. This is what is following... writers are coming in from Uttar Pradesh, Bihar, Rajasthan. So when they come, they get in their stories which are influenced by what they have seen, their social environment and now all that is presented in the stories," he added. "We are very fortunate to be able to interact with these people, with their fresh ideas. We get to collaborate with them and help them bring their ideas on screen and also they help us to re-invent ourselves as artists," said Farhan Akhtar.