'They Took The Film Industry By Storm All Those Years Ago.' Can You Identify Them?

Farhan shared a throwback picture of scriptwriters Javed Akhtar and Salim Khan in which they can be seen posing for the camera. "They took the film industry by storm all those years ago," wrote the 43-year-old actor 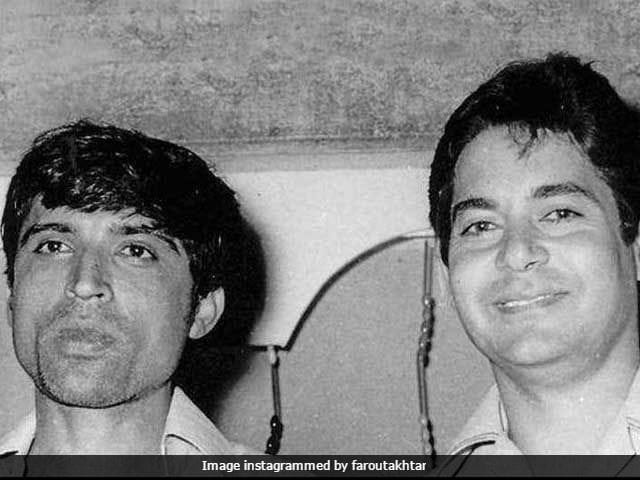 New Delhi: Actor Farhan Akhtar delighted everyone by sharing a throwback picture of one of the most celebrated scriptwriters of Bollywood Salim Khan and Javed Akhtar on social media. Javed Akhtar is Farhan's father, while Salim Khan is the father of actors Salman Khan, Sohail and Arbaaz Khan. The duo wrote scripts for 24 films out of which 20 were commercially successful. They wrote the scripts of popular films like Zanjeer, Sholay and Deewaar. Salim Khan and Javed Akhtar's last wrote the script of 1987 movie Mr India, starring Anil Kapoor and Sridevi. The throwback picture shared by the 43-year-old actor takes us back to the good old days as the duo can be seen happily posing for the camera. Farhan Akhtar has captioned the image as, "They took the film industry by storm all those years ago. Their work still resonates in contemporary film makers & writers' works love this picture of them. #destinedforsuccess #SalimJaved fan for life."

They took the film industry by storm all those years ago.. their work still resonates in contemporary film makers & writers works .. love this picture of them.. #destinedforsuccess #SalimJaved fan for life.

In an earlier interview with news agency IANS, Salim Khan and Javed Akhtar were asked if there is any chance of them reuniting, to which Mr Akhtar responded, "You never know there are possibilities. Have some patience."

In 2013, writers Salim Khan and Javed Akhtar reunited after years to unveil the trailer of Sholay 3D.

Farhan Akhtar is the son of screenwriters Javed Akhtar and Honey Irani. Filmmaker Zoya Akhtar is his elder sister. Farhan's parents got divorced when he was young. Javed Akhtar got married to actress Shabana Azmi in 1984.

Promoted
Listen to the latest songs, only on JioSaavn.com
Farhan Akhtar was last seen in 2016 movie Rock On 2, co-starring Arjun Rampal, Shraddha Kapoor, Purab Kohli, Shashank Arora, and Prachi Desai. He is currently awaiting the release of his film Lucknow Central. The film, which also stars Diana Penty, is scheduled to release in theatres on September 15.