Jaideep Ahlawat's thank you note had a Raazi reference 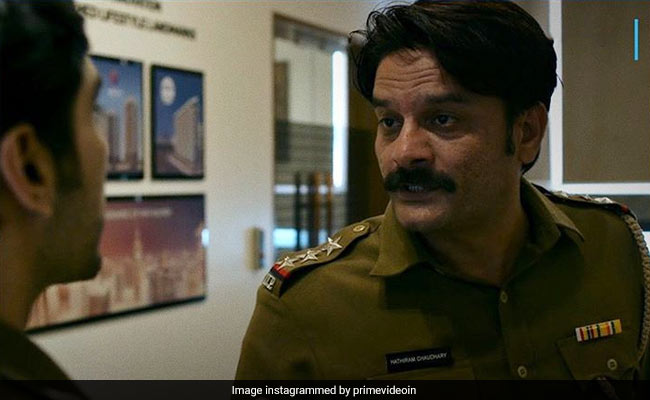 Jaideep Ahlawat in a still from Paatal Lok. (courtesy: primevideoin )

Jaideep Ahlawat has acquired a separate fan base after starring in Amazon Prime's new web-series Paatal Lok and the latest celebrity to join the never-ending list of fans of the actor is his Raazi co-star Alia Bhatt. On her Instagram story, Alia Bhatt gave a shout out to the Anushka Sharma-produced show. She acknowledged her Raazi co-star Jaideep Ahlawat's portrayal of investigating officer Hathiram Choudhary separately and wrote: "Also special mention to the brilliant writing and performances. Jaideep Ahlawat, you are just outstanding. Means, no words and the full cast... I can go on and on. Fangirling hard right now." Jaideep thanked Alia in his Instagram story with a Raazi reference and wrote: "Thank you so much Alai Bhatt. Ab dil Raazi hai." 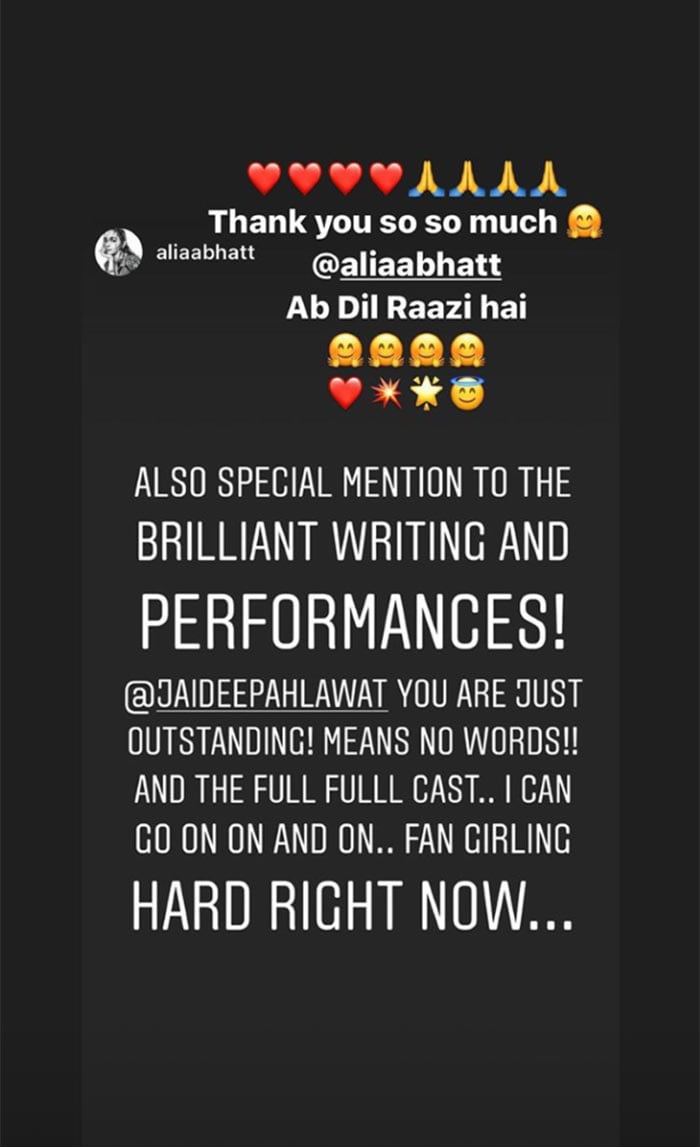 Pataal Lok, produced by Anushka Sharma and her brother Karnesh's production house Clean Slate Films, showcases the story of an investigative officer (Hathiram), who is on the lookout for four criminals behind a failed assassination attempt of a well-known journalist Sanjeev Mehra (played by Neeraj Kabi). The show comprising nine episodes, is streaming on Amazon Prime.

Paatal Lok, starring Jaideep Ahlawat, Neeraj Kabi, Ishwak Singh, Gul Panag, Jagjeet Sandhu, Swastika Mukherjee, Vipin Sharma, opened to stellar reviews. In his review for NDTV, film critic Saibal Chatterjee gave the show 4 stars out of 5 and wrote: "Paatal Lok is its own beast. It plunges, unflinching, into an abyss and shines a light on the darkness at its heart."