'Enough Being Rescued By Knight In Shining Armour,' Says Huma Qureshi On Portrayal Of Women In Films

Huma Qureshi said that there is inequality and repression of women 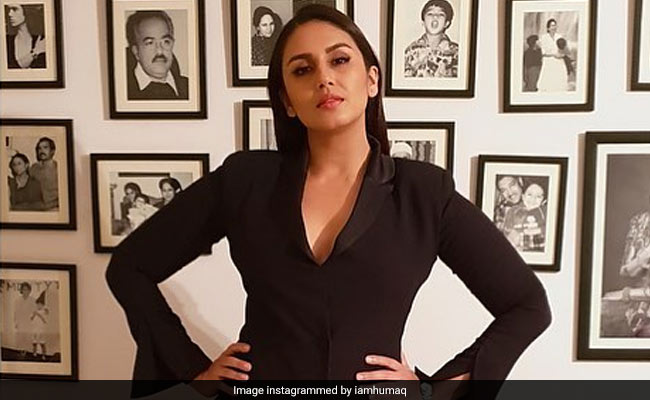 Actor Huma Qureshi says it was liberating to headline a female-driven project with Leila as it is about time the trope of women being rescued by men on screen is done away with. The actor features in the latest Netflix series Leila, which follows her character Shalini in search of her daughter Leila whom she lost one tragic summer. Shalini deals with various hardships in the course of her search, in a story of longing, faith and loss.

The actor wonders if Shalini was not a woman and was a man instead, would the representation on screen change. "I don't know. That's the question you've to constantly keep asking. But for me, it was absolutely enriching. I think it's enough now, how long will you be rescued by the knight in shining armour? At what point can you start being the superhero in your own life?"

In an interview with PTI, the actor says there is inequality and repression of women "but where are our role models?" "Where are people who look and talk like us but are yet (not represented cinematically)? We don't have enough of those. Hence, as an actor, as a woman it was liberating."

Co-directed by Deepa Mehta, Shanker Raman and Pawan Kumar, Leila is based on Prayaag Akbar's book of the same name. The 32-year-old actor says when the dystopian drama came her way, the series' universal story appealed to her.

"No matter which part of the world you're from, you'll find something to identify with. That got me excited. You are greedy as an actor and the greed is endless. You want to work with different people and learn from their experiences, you want to be a better actor and a better version of yourself. That's also what resonated with me."

To prepare for her character, Huma started out with Deepa, who helped her explore the journey of Shalini along with several workshops with all the actors. "I used to do workshops back in the day in college during my theatre days but I hadn't done that in a while so it felt good to be connected. It felt like how I was when I was doing Gangs of Wasseypur.

"That feeling of being raw, of not being afraid, not knowing what your angles are, what looks good on you and all of that. It really felt like that." Beyond workshops, Huma would constantly talk to Deepa about her character to get her "emotional journey" right.

"When she (Deepa) is shooting, she's also an actor while obviously keeping in mind other departments. She demanded that from me and I loved that. All actors liked to be pushed because we are lazy or we tend to become lazy because it's hard what we do. We try and conserve our energy. It isn't a conscious thing but it just happens. But she really pushed me."