Leila Review: Huma Qureshi embraces Shalini with all her might, conveying a range of emotional states with commendable restraint. 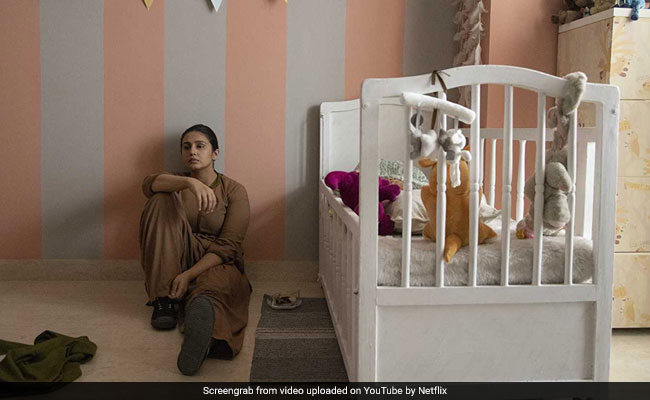 Huma Qureshi in a still from Leila. (Image credit: Netflix)

Set in a foreseeable future, Leila, which premieres on Netflix on June 14, is about a nation where abuse of political power, nationalistic delusions, oppression of women stemming from obsessive exceptionalism and class and caste tensions have taken deep roots. The nightmare scenario it constructs does not feel distant or fictional because the flashpoints - severe water scarcity, systematic segregation of populations, organ harvesting rackets, attacks on intellectuals - are easy to fathom in the fraught times we live in.

The slow-burning, immersive series taps our worst fears. We'd rather turn our eyes away from the writing on the wall but cannot because the dire warning signals are rooted in the realm of the possible and palpable. A combination of taut writing, sustained technical finesse and Huma Qureshi's measured lead performance underpins Leila and enhances the acuity of its exploration of the chilling ramifications of totalitarianism.

The chilling tale does not overplay its hands as it draws the audience gradually into a murky, portentous universe where humanity has been run into the ground by an oligarchy that has arrogated to itself the power to divine who is pure and who isn't. 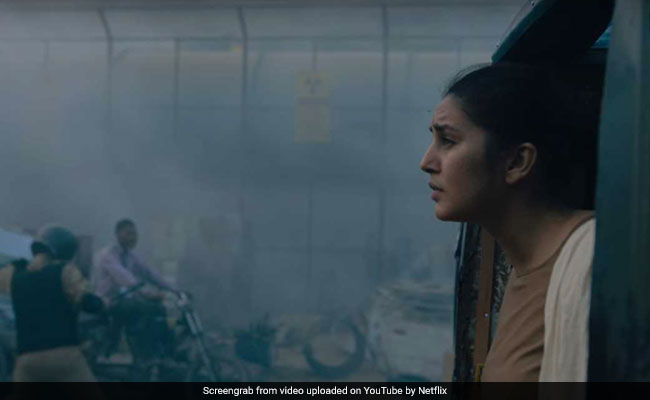 The colour palette is muted. Ashen, dull bluish frames are occasionally punctuated by fiery golden bursts of muffled lighting. It creates a perfectly apt visual ambience for the dystopic vision of the six-episode series, directed by Deepa Mehta, Shanker Raman and Pawan Kumar (two episodes each), with Mehta also serving as the creative executive producer.

The year is 2047. The story unfolds in a land called Aryavarta. Under a brutal, authoritarian regime, the nation has been splintered into sectors and categories along class, caste and religious lines. With her back to the wall, a woman who has married outside her religious community searches for a daughter taken away from her as part of an officially mandated drive to cleanse the country of mixed-blood children.

Religious identity isn't, however, the only trigger for the deep, unbridgeable social cleavages in Aryavarta; gender and economic status, too, determine who lives in which sector and who belongs to which category of citizenry. The most vulnerable are the least protected here, a fact underlined by the protagonist's interactions (in Episode 2) with an orphan girl banished to the squalor of a shantytown because her father was a rebel who dared to stand up against the might of the oppressors.

This story of a distraught yet determined mother and a missing child in a world overrun by dark forces is peppered with twists and turns and enveloped in an air of dread and foreboding. As the protagonist negotiates serious obstacles, stumbles upon lies and secrets, and strikes tense deals that could help her find her daughter, Leila springs enough surprises (not only in plot terms, but also in respect of the devices it employs) to be instantly binge-worthy.

Urmi Juvekar's insightful adaptation of Prayaag Akbar's 2017 novel of the same name evokes intrigue and anticipation, in the bargain generating the sort of latent energy that flows like ominous ripples under the surface rather than bubble and crackle and spill over. Leila takes next to no time to place its key plot elements on the table without giving too much away. But right upfront it unambiguously indicates the hellish nature of the world.

Episode 1, Scene 1 - this is a pre-credits sequence in the swanky home of an affluent couple and their daughter where the action unfolds in and around a swimming pool - reveals the principal fault lines that that will determine the protagonist's immediate future. The names of the three characters serve to define the broad contours of the narrative.

The man in the swimming pool is Rizwan Chaudhury (Rahul Khanna), the wife is Shalini (Huma Qureshi), and the daughter, a three-year-old girl, answers to the religious identity-neutral name of Leila. A fourth individual, the housemaid Sapna, an outsider in this charmed cocoon, completes the picture. 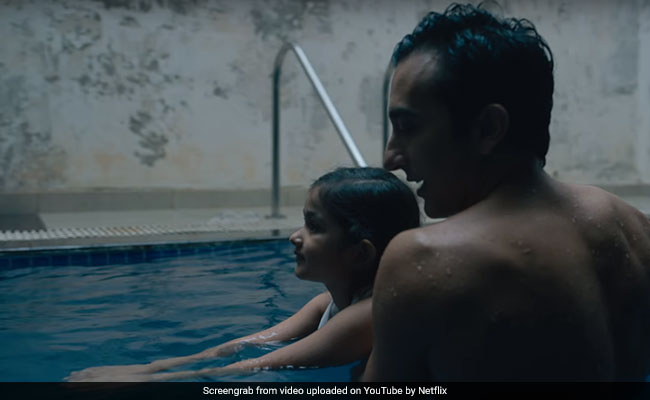 It is all deceptively serene on the surface: father teaches daughter how to swim, the girl's uncle Naz (Adarsh Gaurav) indulges in banter with his niece on a video call, and Shalini orders Sapna to get her some wine "in a glass, not a mug". But something tells us that there will be blood.

The fissures come to the fore quickly. The swimming pool is an oddity because water is a precious commodity not to be bought, sold or shared without a permit. A bruising class clash plays out in stark ways in the exchanges between Shalini and Sapna. And grave danger lurks beyond the walls around what appears to be a fully secure abode.

The small family is torn apart in one fell swoop. Vigilantes barge into the home, remind the affluent couple that people are dying without water - but that definitely isn't their sole grouse - and bludgeon Riz. They punch and slap Shalini and shove her into the back of a vehicle. Leila is left at the mercy of the moral and social police.

Cut to two years later. Shalini is now a seemingly tamed inmate of a Women's Welfare Centre. Welfare is the last thing women expect here. They are administered pills that hasten submission to regimen and make them chant the Aryavarta mantra extolling the sanctity of an individual's lineage and the greatness of the land. 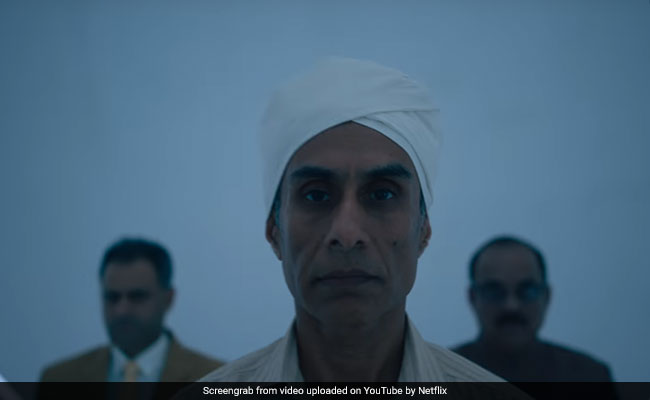 Progress and prosperity are the twin goals ordained by the ruler Joshiji (Sanjay Suri, whose visage is only on posters, portraits and masks in the initial episodes) and the onus is upon the welfare centre supervisor (Arif Zakaria) and a ruthless band of androgynous guards to enforce the vision.

But nothing here is more valued than purity. In a milieu straight out of Margaret Atwood's The Handmaid's Tale, the women who have strayed must pay the price. The expectations are clearly spelt out by a poster on the wall: an ideal woman is one who is a "domestic goddess, reveres her family and spends her life in service". Women who don't pass a purity test are packed of to a labour camp from where there is no escape.

Shalini, her daughter and deceased husband on her mind, chooses the hardest way out of this hell-hole because that is her only hope of getting anywhere near cracking the mystery of Leila's disappearance. Her path crosses that of the labour camp security officer Bhanu (Siddharth) and an engineer (Ashwath Bhatt) in whose high-security zone home she lands the job of a nanny. She is on the run from the former, the latter and his wife push her towards grave danger in which lies the possibility of a breakthrough.

Huma Qureshi embraces Shalini with all her might. Drawing upon the complexities of the woman's personal struggle, she conveys a range of emotional states - from bafflement to resolve, from life-affirming poise to dispiriting bouts of self-doubt - with commendable restraint. She banks on quiet gestures and glances rather than on outward physical or vocal manifestations of inner turmoil. 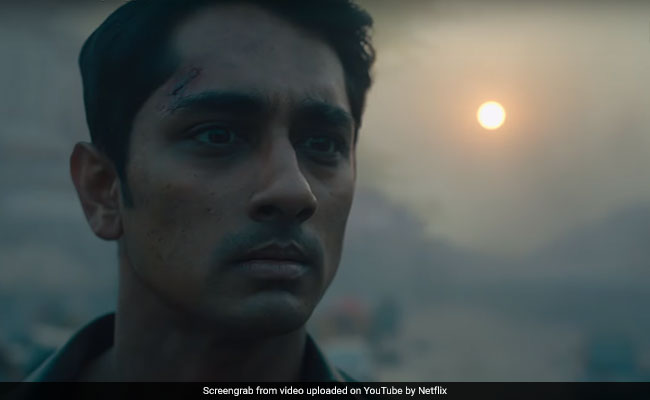 Johan Heurlin Aidt's cinematography is top-notch and so is Alokananda Dasgupta's musical score, which strengthens the spine of the Leila soundscape. Other crucial technical inputs, especially the production design, are of the highest order.

(Leila premieres on Netflix on June 14)