"Eating Or Singing?": Sara Ali Khan Reveals Her Secret Talent And It's Not What You Think 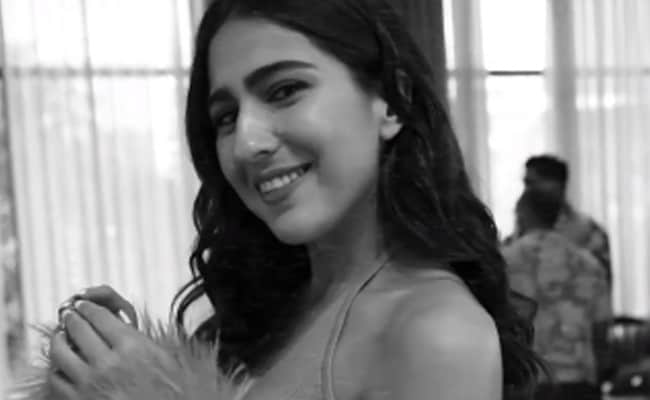 Sara Ali Khan has shared a fun video on her Instagram, revealing her secrets and hidden talent. The actress never fails to impress her fans with her hilarious posts. Keeping up with the tradition, in this latest video, she talked about her favourite film featuring her father, Saif Ali Khan, in the video. She even revealed her favourite food that she cannot resist while gorging on fries. The video starts with a woman asking Sara about her secret talent, to this, Sara replies, "I can sing," and then sings a few lines.

If you notice, Sara, who is a big-time foodie, kept on gorging something or the other throughout the video. Sharing the post, she wrote, "Eating or singing? Which is my real skill?? Please like, share and subscribe for more Send in your vote- you know the drill."

Earlier, she shared a scintillating picture of herself in a multicolour bikini. Sharing the post, she captioned it as, "Sun, Sea and Sand". Check out below:

Meanwhile, on the work front, Sara Ali Khan was last seen in Atrangi Re, co-starring Akshay Kumar and Dhanush. The actress even received immense praise for her role as Rinku. Next, she will be seen in Laxman Utekar's untitled, opposite Vicky Kaushal. Also, she has Gaslight, co-starring Chitrangada Singh and Vikrant Massey.