"Here's to decades of us tripping, fumbling through life but always catching each other, propping each other up and standing strong together," wrote the actor 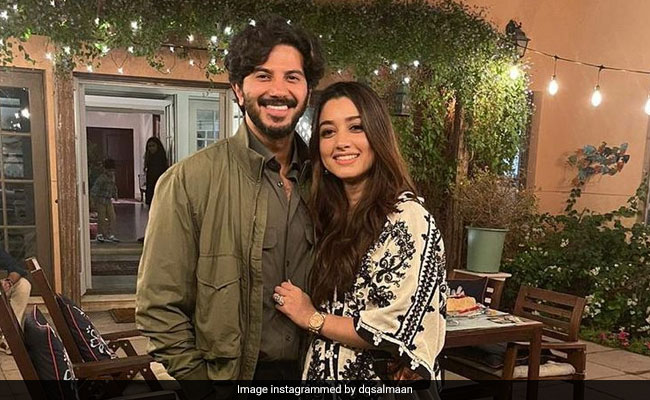 South star Dulquer Salmaan and his wife Amal celebrated their 9th wedding anniversary on Tuesday. On their special day, the actor wished his wife with an Instagram post, which is "corny" but also very adorable. The couple are parents to a daughter named Maryam, born in May 2017. Sharing a photo of himself and Amal, Dulquer Salmaan wrote: "Happy 9 years boo! Closing in on a decade and how! Closer stronger and growing up! With that cuddle bug of a super glue that binds us even closer. Here's to decades of us tripping, fumbling through life but always catching each other, propping each other up and standing strong together. You're my hollandaise, my chantilly cream, my truffle, my soy, my wasabi and my harissa! Sorry had to be corny! Happy anniversary, mamma! I love you long time!"

Dulquer Salmaan and Amal got married in a private ceremony in Chennai on December 22, 2011. In one of his previous interviews, the actor revealed that they had a "love-cum-arranged" marriage.

In September, Dulquer made Amal's birthday extra special by sharing this super sweet note for her: "Wishing you the happiest birthday, my Am! The best thing that happened from the lockdown is the time we got to spend, especially you, me and Marie (Maryam). Times I'll cherish for life. From our favourite shows to playing roles in Marie's fairytales, it's been as special as could be. Thank you for being my rock. And for giving me M. Happy birthday again, baby."

In terms of work, Dulquer Salmaan will be next seen in Kurup, in which he will co-star with Manoj Bajpayee and Sobhita Dhulipala. The actor, earlier this year, also announced his collaboration with director Hanu Raghavapudi for a new film - a period romantic drama. Dulquer Salmaan made his Bollywood debut in 2018 with the film Karwaan, in which he co-starred with Irrfan Khan and Mithila Palkar. The Zoya Factor, co-starring Sonam Kapoor and Angad Bedi, was his last Bollywood project.