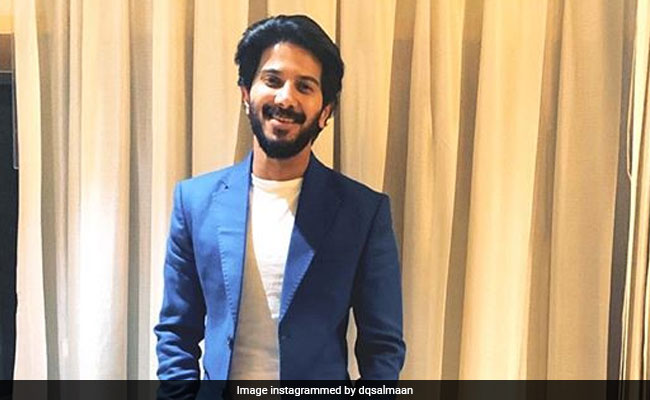 South star Dulquer Salmaan, 34 today, shared a present for his fans on his birthday by announcing his collaboration with director Hanu Raghavapudi for a new film - a period romantic drama. The actor announced the news on social media by sharing a poster of the untitled film, which marks Dulquer's reunion with the makers of his 2018 film Mahanati. In the film, which is a love story set in 1964, Dulquer Salmaan will play the role of Lieutenant Ram. It will be produced by Swapna Cinemas and presented by Vyjayanthi Movies. "It is my pleasure and honor to associate with Hanu Raghavapudi, Swapna Cinemas and Vyjayanthi Movies for this trilingual period drama. Thank you for this lovely birthday surprise. Can't wait to don the role of Lieutenant Ram!" Dulquer Salmaan wrote.

The film will be made in three languages - Malayalam, Tamil and Telugu. The other details about the film are still under wrap.

It is my pleasure and honor to associate with Hanu Raghavapudi, Swapna Cinemas and Vyjayanthi Movies for this trilingual period drama. Thank you for this lovely birthday surprise. Can't wait to don the role of Lieutenant Ram ! A film by @hanurpudi Music by @Composer_Vishal Produced by @SwapnaCinema Presented by @VyjayanthiFilms

Dulquer Salmaan, who will next be seen in Srinath Rajendran's Kurup, shared a glimpse of the film earlier on Tuesday. He posted a short video introducing his character from the film and wrote: "As we put the finishing touches on Kurup, here is a little sneak peek. I hope you guys like it. Thank you for all your love and wishes." Dulquer, who plays the role of criminal Sukumara Kurup in the film, can be seen sporting a beard and vintage outfit in the clip. Kurup also stars Manoj Bajpayee and Sobhita Dhulipala.

Dulquer Salmaan was last seen in Kannum Kannum Kollaiyadithaal, which also starred Ritu Varma in the lead role. It was directed by Desingh Periyasamy.