Dulquer Salmaan said, "My father is very stubborn. He does not believe in spoon-feeding me in the film business." 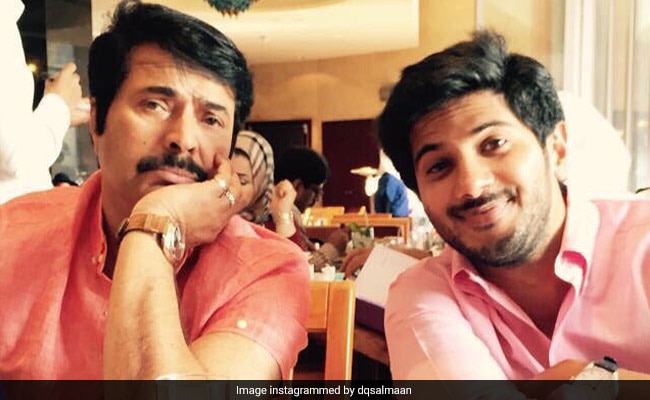 Dulquer Salmaan, son of Malayalam star Mammootty, told news agency IANS that his father always encouraged him to take risks. Dulquer Salmaan also said that the 68-year-old actor told him that mistakes will help him 'grow as an artiste.' Dulquer Salmaan, who was recently seen in Bollywood film The Zoya Factor, told IANS: "My father always encourages me to take risks. Right from my initial days, he told me that my food, lodging and other basic things were secure. So, as a youngster if I don't take risks, if I don't experiment, who will? Dad always says that unless you make mistakes you cannot build your character as an individual and grow as an artist."

"If one film fails, I do not have to sleep on the road, right? So, then why should I not take calculated risks? My father is very stubborn. He does not believe in spoon-feeding me in the film business," he added. Dulquer Salmaan made an unconventional big screen debut with 2012 film Second Show but it his breakthrough film Ustad Hotel released later that year. The film was a commercial success and it also won the National Award for Best Popular Film Providing Wholesome Entertainment.

Speaking to IANS, Dulquer Salmaan also explained the process via which he approaches a role. Citing the example of his role in critically-acclaimed Mahanti, in which he played Gemini Ganesan, Dulquer Salmaan said, "I did quite a bit of character study for the role. I met his family to know some of his habits in daily life and also his body language. It is interesting to know these details. My idea was not to mock any individual but to internalise some of those elements so that I can portray the role correctly."