The film will release on November 18 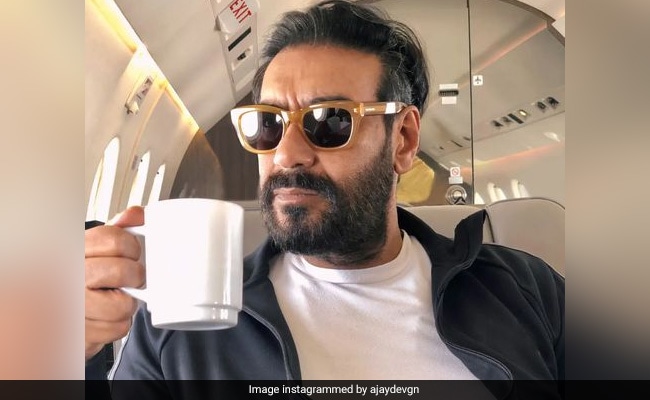 Leave it to Ajay Devgn to share updates about his upcoming movies in the most innovative ways. In his latest post, the actor shared “old bills” from a restaurant, a satsang, a movie show and a bus ride. Can you decode his message? We will give you one more hint – all these bills are dated October 2 or 3. Yes, you guessed it right, it is all for his much-awaited project Drishyam 2. The sequel to Ajay Devgn's 2015 crime thriller will release on November 18.  In an Instagram post on Tuesday, Ajay Devgn shared a few pictures of bills from 2014. “Kuch purane bills haath lage aaj (got my hands on some old bills today),” read the caption. The first bill, dated October 3, is from a restaurant in Panjim, Goa, followed by a recording of Swami Chinmayananda's maha satsang. The next slide shows a bus ticket from Panjim to Pondolem, where Vijay Salgaonkar [played by Ajay Devgn] lives with his family. A picture featuring four movie tickets, dated October 3, is also part of the latest upload.

Here's what Ajay Devgn posted to tease his fans about the film:

Ajay Devgn's 2015 Drishyamshowed his character Vijay Salgaonkar tricking the police after his daughter accidentally kills the villainous son of a cop (played by Tabu). Vijay narrates a fake story and uses some bills to back up his claim. It was a remake of the hit Malayalam film with Mohanlal in lead.

The film has been directed by Abhishek Pathak and produced by T-Series and Panorama Studios. Drishyam was also remade in Tamil, titled Papanasam. Kamal Haasan stepped into the shoes of Mohanlal in the film.