Drishyam 2 Trailer: Mohanlal's Past Comes Back To Haunt Him

Drishyam 2 Trailer: In the sequel to 2013 hit Drishyam, which also starred Meena, Ansiba and Esther Anil, Mohanlal reprises his role as George Kutty 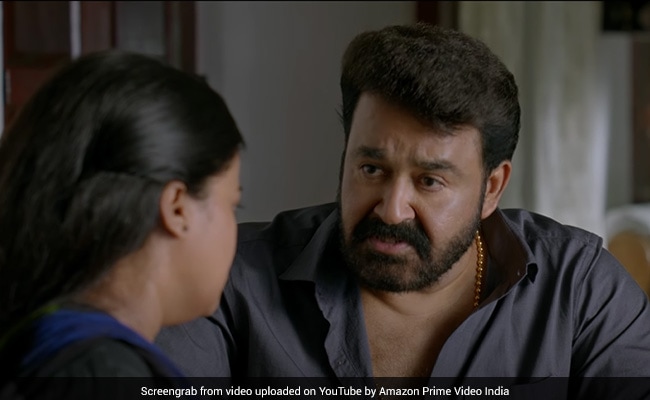 Drishyam 2 Trailer: Mohanlal in a still from the film. (Image courtesy: YouTube)

The trailer of Mohanlal's much-anticipated Malayalam film Drishyam 2 dropped on the Internet on Saturday and it promises mystery, drama and suspense. The trailer was scheduled to release on Monday but the makers unveiled it early after it was reportedly leaked. In the sequel to Mohanlal's 2013 hit Drishyam, which also starred Meena, Ansiba and Esther Anil, the 60-year-old actor reprises his role as George Kutty, whose past comes back to haunt him. In the first part, George Kutty had tricked the police after his daughter (Ansiba) accidentally kills the villainous son of a cop (Asha Sharath). The trailer starts from where the first film ended. It shows George Kutty and his family trying to live normal lives after the dreadful incident. George, a fan of movies, now owns a theatre and runs it successfully.

However, his life takes a U-turn after a new Circle Inspector arrives in their town and opens the investigation into the murder of the cop's son.

Drishyam 2 is written and directed by Jeethu Joseph, who also helmed the first part. The sequel will premiere on Prime Video on February 19.

Watch the trailer of Drishyam 2 here:

Drishyam 2 also stars Siddique, Murali Gopy and Saikumar. On Friday, Mohanlal took to Twitter to announce that his film will release on an OTT platform. Sharing a new poster from the film, he wrote: "The mystery continues...#Drishyam2Trailer out on February 8!"

2013's Drishyam was remade in several other languages. A Hindi version of the same name starring Ajay Devgn, Tabu and Shriya Saran released in 2015. Kamal Haasan featured in the Tamil remake that was titled Papanasam.