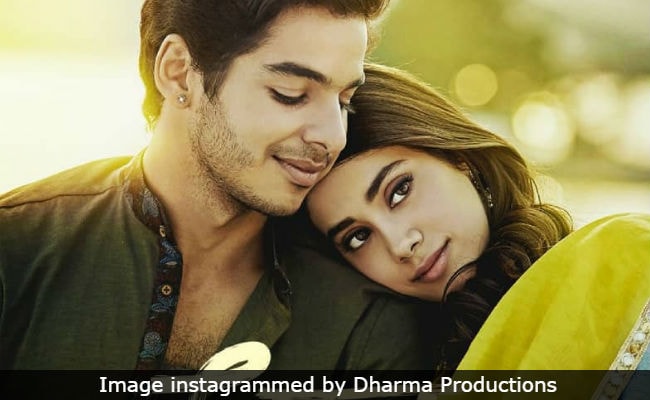 New Delhi: Dhadak director Shashank Khaitan says he doesn't want his lead actors Janhvi Kapoor and Ishaan Khatter to be "under undue pressure." Janhvi is the daughter of late actress Sridevi and filmmaker Boney Kapoor while Ishaan is actor Shahid Kapoor's younger brother and the cine-lovers probably have certain expectations from both actors but not Shashank Khaitan. "I don't believe in these expectations. No one will forgive them or praise them just because they come for a certain family. If the audience accepts them as their characters, only then will they receive love. That's how I've trained them, but I don't want them to be under undue pressure," he told Mumbai Mirror.

Shashank said that both Janhvi and Ishaan were a part of the filmmaking process from the initial stage. Shashank told Mumbai Mirror that the advantage of working with newcomers is that they have ample time to give and "are ready to grasp everything you want them to." He said: "We prepped for six months before we took the film on the floors. One part of it was getting them to live in the city so they know what people there look like and how they talk. That helped them get into their respective characters. Chemistry is just a by-product of them knowing their job."

Dhadak is an adaptation of Marathi blockbuster Sairat for which actress Rinku Rajguru won a Special Mention National Award. Shashank says that the premise of Dhadak and Sairat are same but the treatment of the films is different. "Sairat was an amazing movie that inspired me to take up this film, but I believe there are aspects of the Hindi film that are my own. I just hope we do justice to Sairat and people come out of the theatre happy," he said.

The trailer of Dhadak releases tomorrow while the film opens in theatres on July 20. Dhadak is produced by Karan Johar.
Comments
dhadak janhvi kapoorjanhvi kapoorishaan khatter