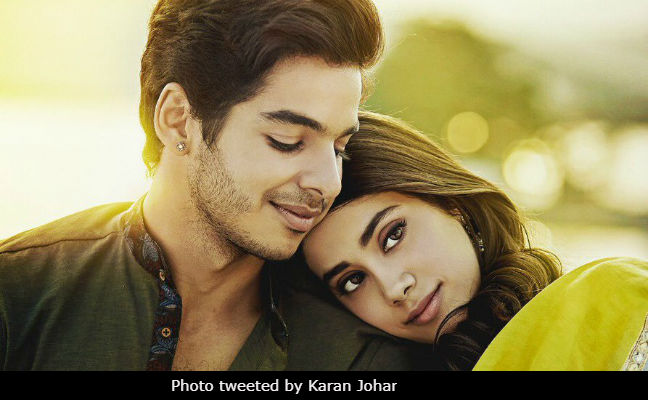 New Delhi: Several months after the release of the first poster of Dhadak, featuring Janhvi Kapoor and Ishaan Khattar, makers are now set to unveil the trailer of the film on Monday. Excited much? Dhadak producer Karan Johar just shared the good news on social media and wrote: "The trailer of Dhadak will be out on Monday, the 11th of June, at 12 noon!! Presenting Janhvi and Ishaan directed by Shashank Khaitan." In his post earlier, Karan had mentioned that the trailer of the film will arrive soon and keeping his promise, the producer has now announced the trailer release date of Dhadak.

The trailer of #Dhadak will be out on Monday the 11th of June at 12 noon !! Presenting #janhvi and #Ishaan directed by @ShashankKhaitanpic.twitter.com/rcETye9pQ6

In his post earlier, Karan Johar wrote the trailer is expected soon: "Moments of Dhadak, trailer coming shortly. The magic of immortal love begins. Presenting Janhvi and Ishaan," he wrote while sharing the poster on social media.

Dhadak is Janhvi's debut film. It is a remake of National Award-winning Marathi film Sairat, which had featured Rinku Rajguru and Akash Thosar. Dhadak is directed by Shashank Khaitan. Of the film's plot, he told news agency PTI, "The basic premise (of Dhadak and Sairat) is same. But there are variations. My story is based on another set up. It is (set) in Rajasthan. It comes with its own challenges, conflicts and style of a love story."

Promoted
Listen to the latest songs, only on JioSaavn.com
The shooting of Dhadak wrapped in the month of April. Several posters of the film, featuring Janhvi and Ishaan, were released. Here's a look at the posters: