"Watch Dolly and Kitty fight their silent battles while they navigate womanhood, sisterhood and everything in between," wrote Konkona Sen Sharma 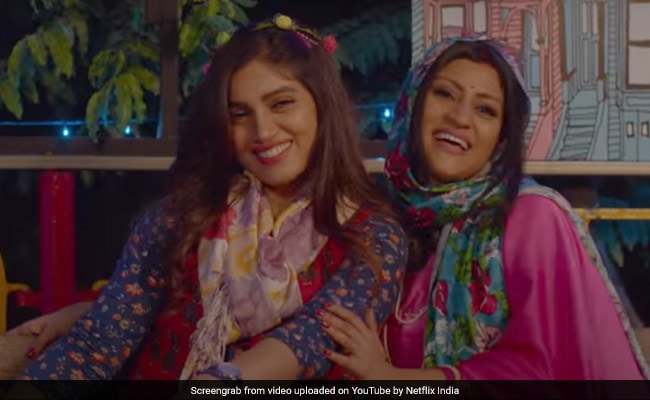 If you wish to see two ordinary women's journeys as they discover their freedom, just check out the trailer of Dolly Kitty Aur Woh Chamakte Sitare, featuring Konkona Sen Sharma and Bhumi Pednekar. The trailer of the film released on Friday and it would be fair to say that both the actresses in the film are the titular chamakte sitare (shining stars). The film showcases the story of Dolly (Konkona Sen Sharma), a working mom who is not afraid to speak her mind, and Kitty aka Kajal (Bhumi Pednekar), a small-town girl who is all set to chase her dreams in the big city. Together they help each other discover their freedom and their true calling. The film also features Amol Parashar, Aamir Bashir, Vikrant Massey and Kubbra Sait.

Konkona Sen Sharma summed up the essence of the film in a sentence: "Kuch raaste galat nahi, sirf alag hote hai," while Bhumi wrote this while sharing the trailer: "Meow-ing my way into your life on September 18.

In July, Konkona Sen Sharma shared an update about the film's release by sharing a video of herself and Bhumi Pednekar. She wrote: "Watch Dolly and Kitty fight their silent battles while they navigate womanhood, sisterhood and everything in between in this charming story about finding freedom. Can't wait to shine with you my chamakta sitara... Coming soon on Netflix."

The film premieres on September 18 on Netflix. Dolly Kitty Aur Woh Chamakte Sitare has been directed by Alankrita Shrivastava, who has previously worked with Ekta Kapoor in her last film Lipstick Under My Burkha. The film premiered at the Busan International Film Festival last year. It will release on Netflix as a part of its line-up of 17 new stories.