"Do They Bother About You," Troll Asked Saba Ali Khan On Family. Her Reply

Saba Ali Khan loves to share posts about her family 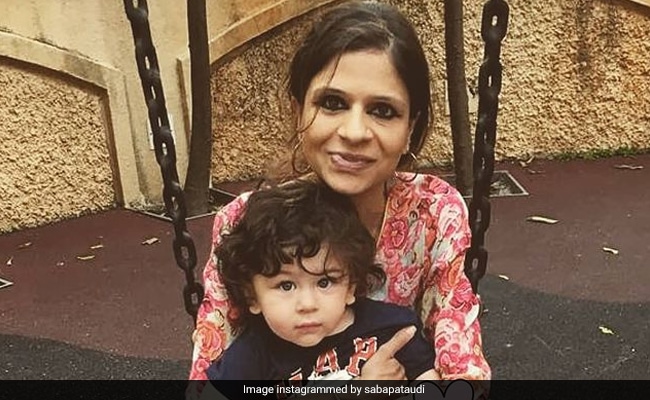 Saba Ali Khan's Instagram timeline is dominated by pictures of her family members and she recently posted a picture of her nephew Taimur and niece Inaaya. She had shared a post on Inaaya's birthday eve on Tuesday and she wrote: "My babies. Guess which one turns 4....tomorrow?" In the comments section, an Instagram user commented, "Do they all even bother about you?" Replying to the troll's remark, Saba Ali Khan wrote: "Why does that "bother" you?" She added a zipper-mouth emoji along with it. Here's a screenshot of Saba Ali Khan's comment on the post: 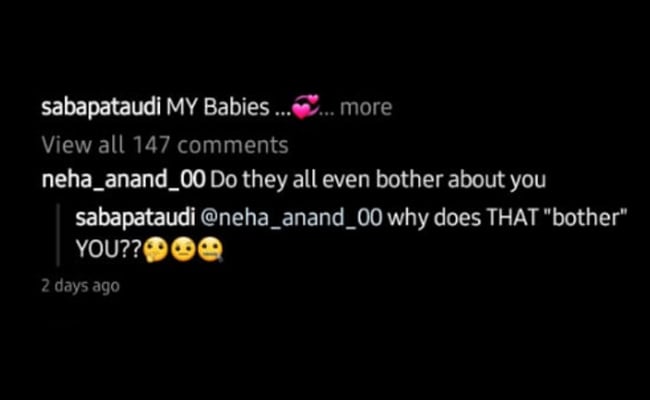 Earlier this month, Saba Ali Khan, in an Instagram post, defended Kareena Kapoor and Saif Ali Khan's choice of baby names. "When a mother carries her child within her and gives him or her life, only she and the father are allowed to decide who, how and what the child will grow as. And the name. No one, NO ONE else, including other family members, who may gladly suggest, have a say. On anything! It's her soul that has nurtured that baby. Parents are the only one with rights. Think it's a reminder for everyone to respect that. Today, tomorrow, forever," read her post.