A galaxy of stars attended producer Ramesh Taurani's Diwali in Mumbai on Wednesday night. Katrina Kaif, stunning in a red lehenga, and Vicky Kaushal, in black and white, were utterly adorable on the red carpet, posing together for the paparazzi documenting the arrivals. Katrina and Vicky, who married last December, arrived fashionably late, after a crowd of invitees which included Shilpa Shetty, Nora Fatehi and Taapsee Pannu. Ramesh Taurani's annual Diwali party is believed to be one of the few on Bollywood's calendar this year - the Bachchans will reportedly not host their annual party this year and neither will Anil Kapoor.

Little wonder that celebrities grabbed the opportunity to wear their festive best - Katrina, currently very busy promoting her film Phone Bhoot, and Vicky set the tone in their red, black and white outfits: 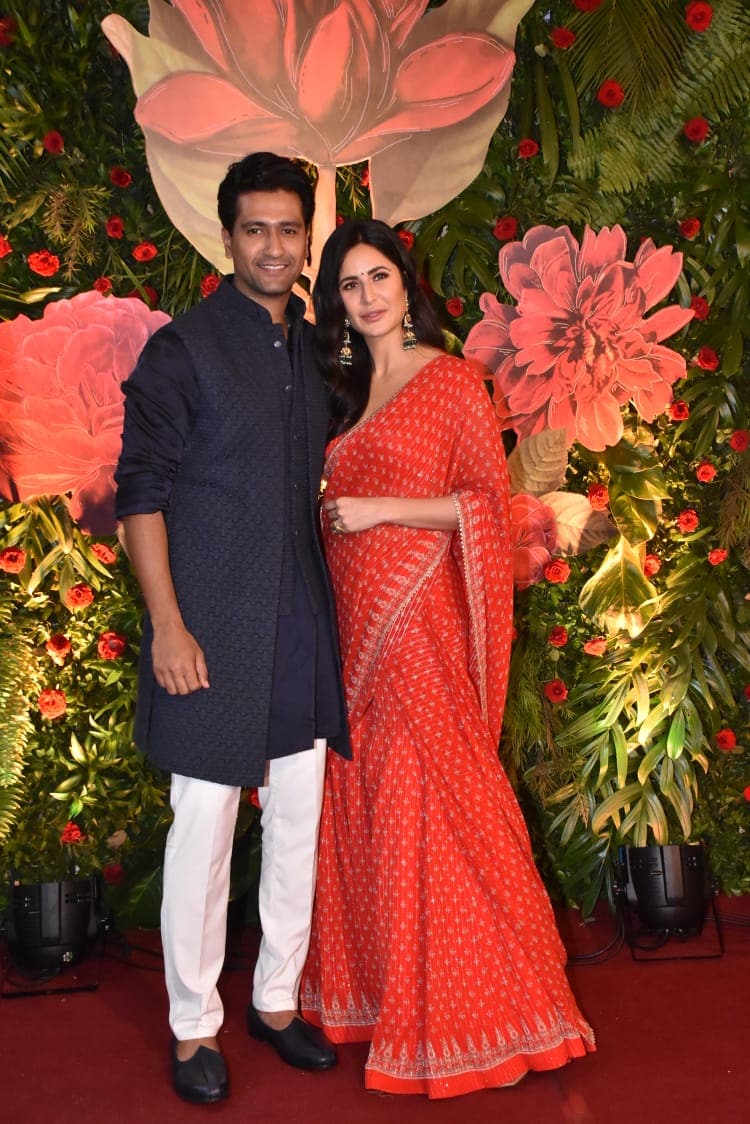 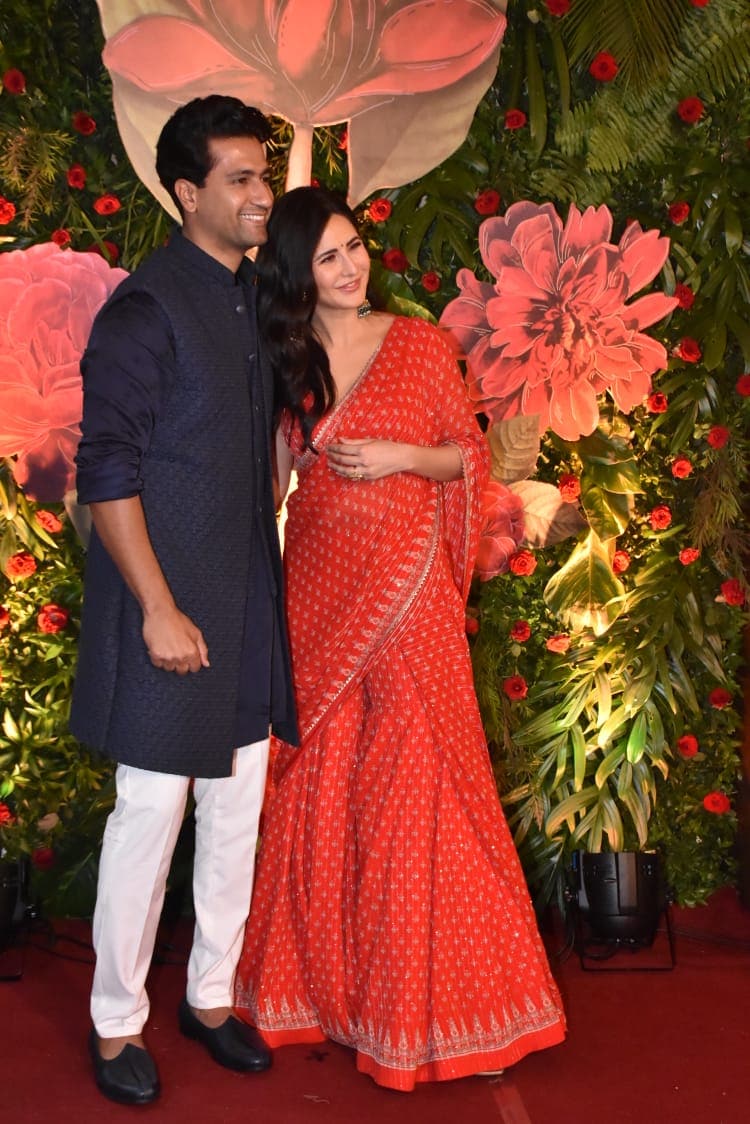 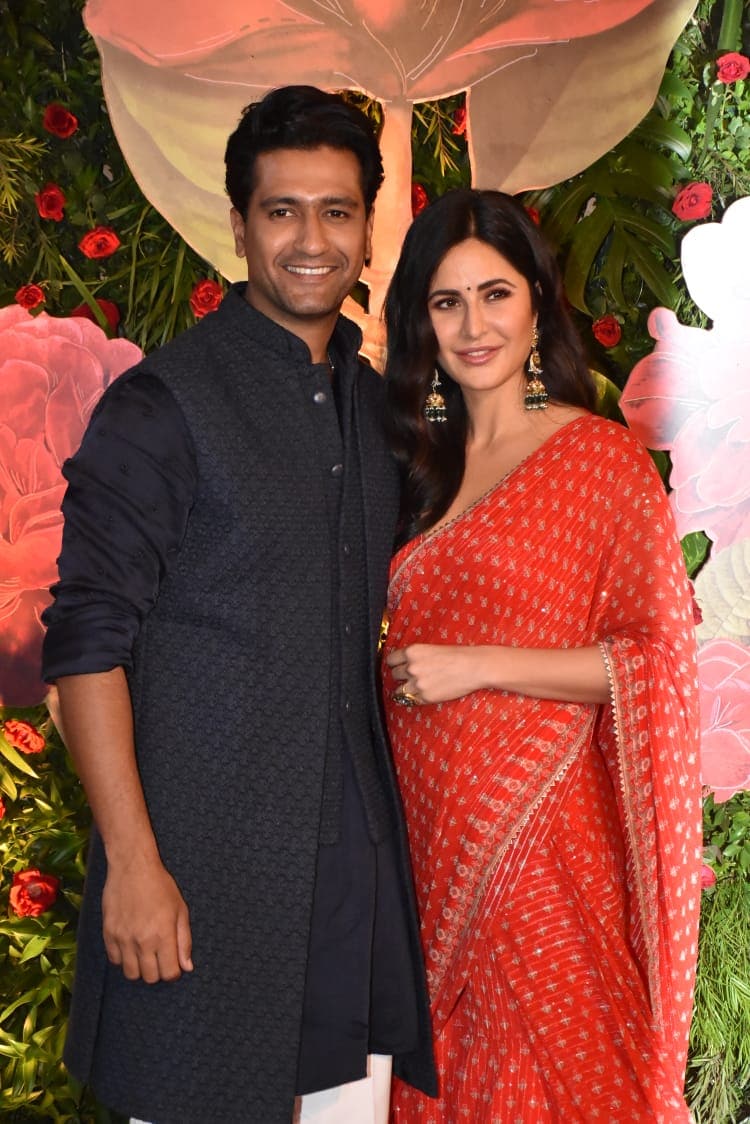 The star couple were all smiles.

Other than Katrina Kaif and Vicky Kaushal, the couples section was represented by Riteish Deshmukh and Genelia D'Souza, who were twinning and winning in blue outfits. Rakul Preet Singh and boyfriend Jackky Bhagnani were pictured together at the bash. As were Pulkit Samrat and girlfriend Kriti Kharbanda. 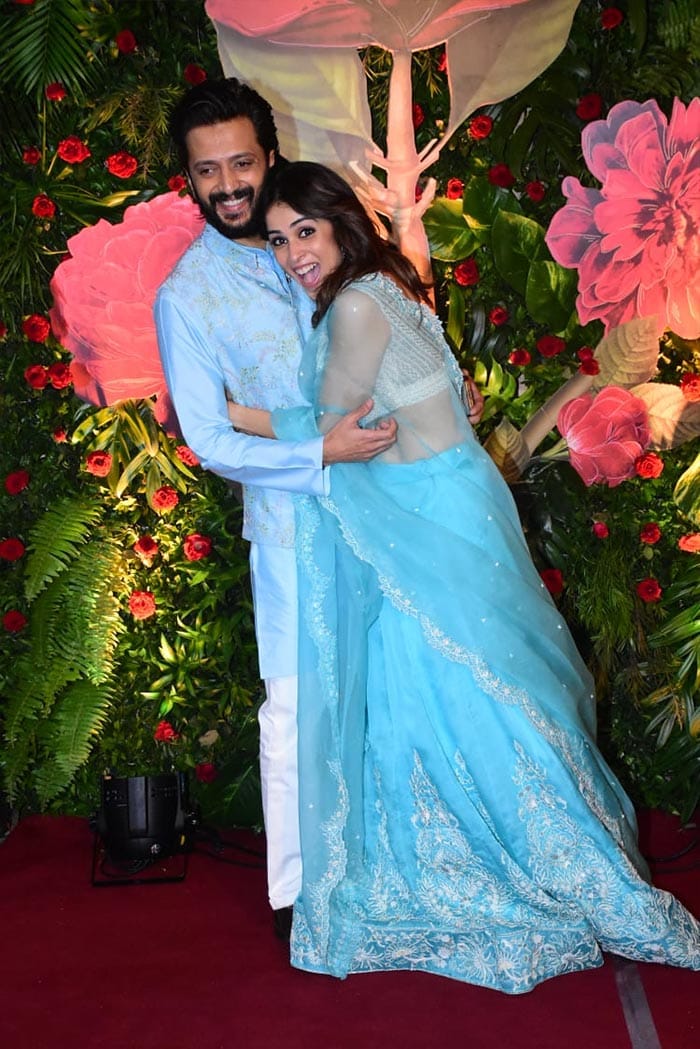 Riteish Deshmukh and Genelia D'Souza at the party. 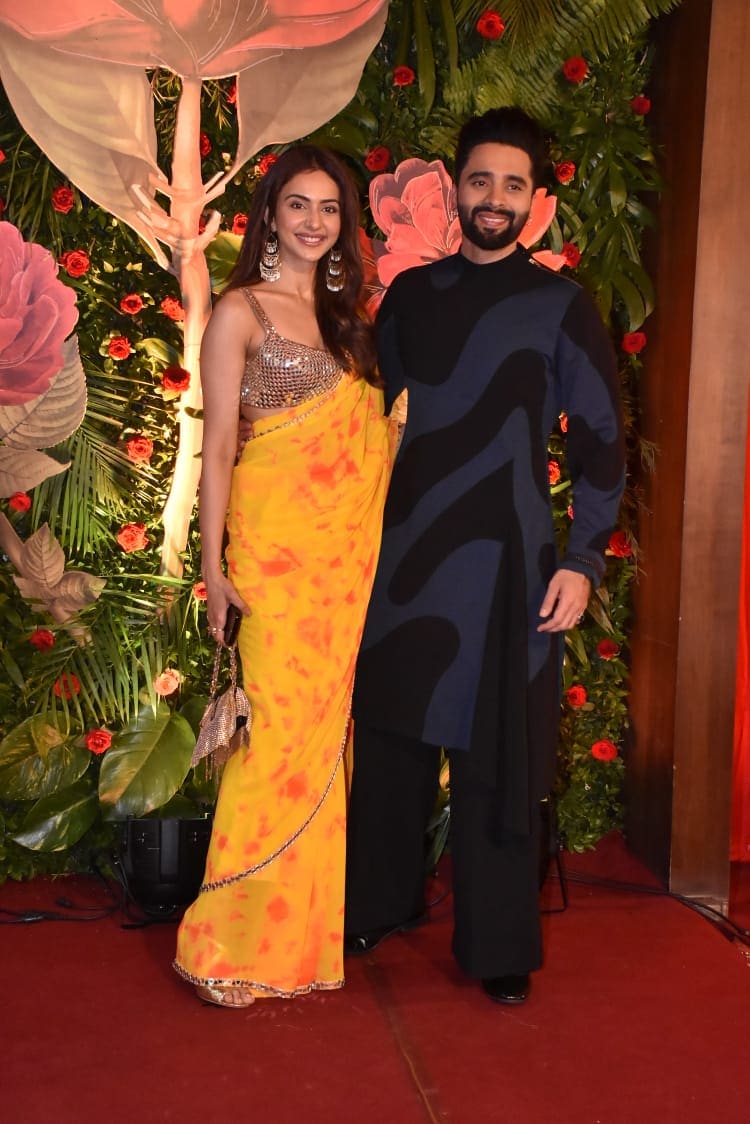 Rakul Preet Singh and boyfriend Jackky Bhagnani at the party. 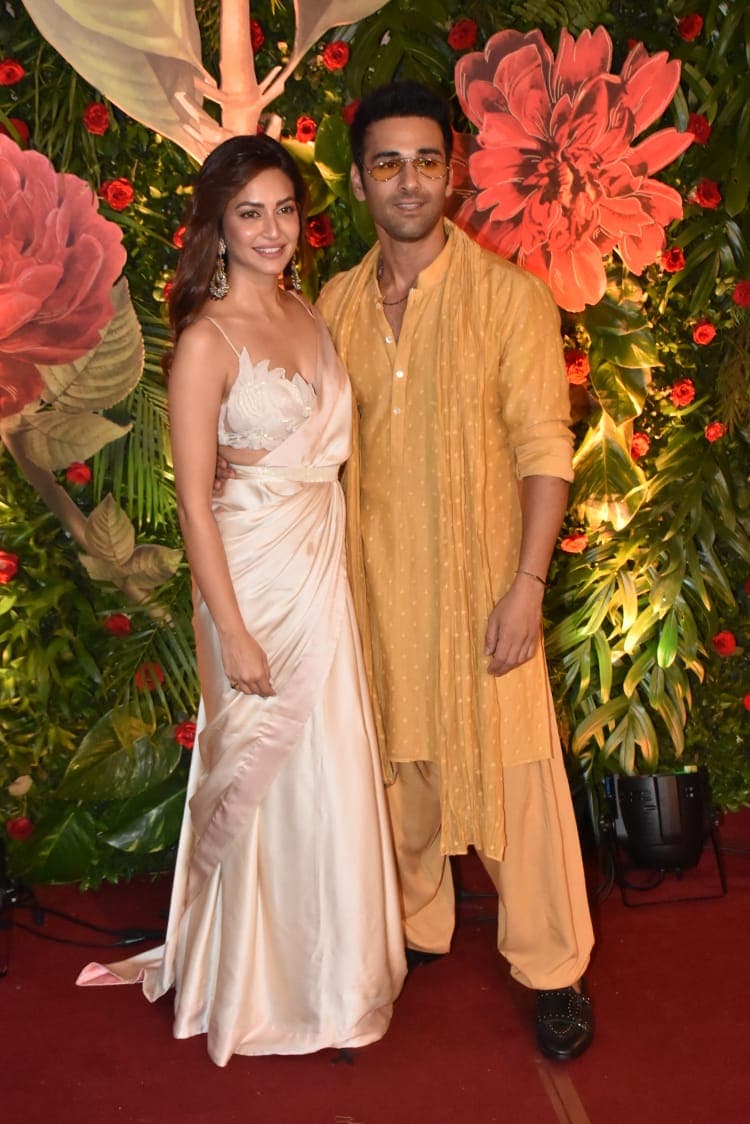 Pulkit Samrat and Kriti Kharbanda at the party.

Shilpa Shetty was her usual glamorous self as was Nora Fatehi: 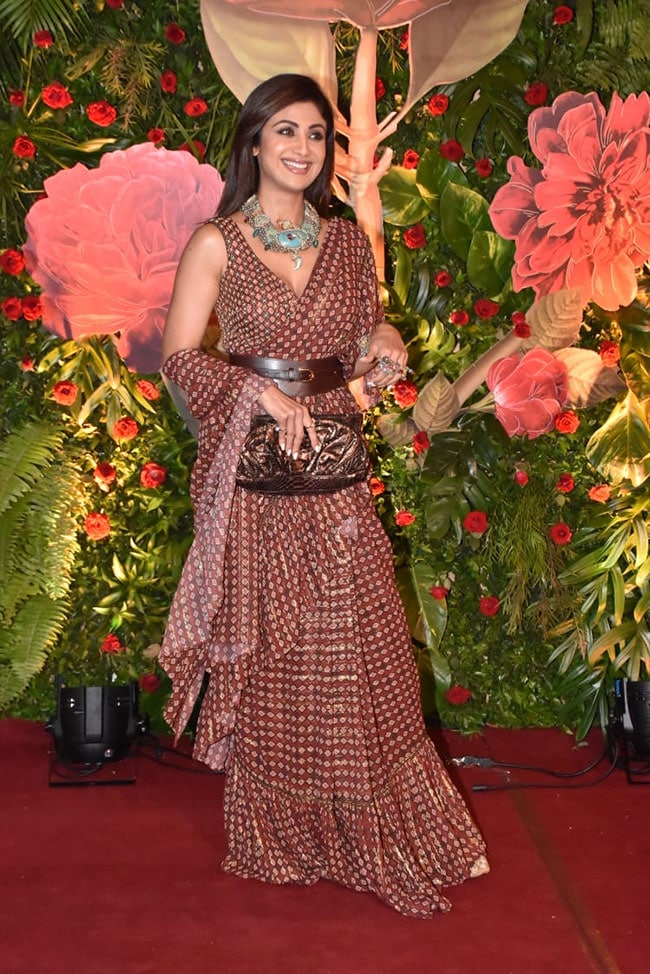 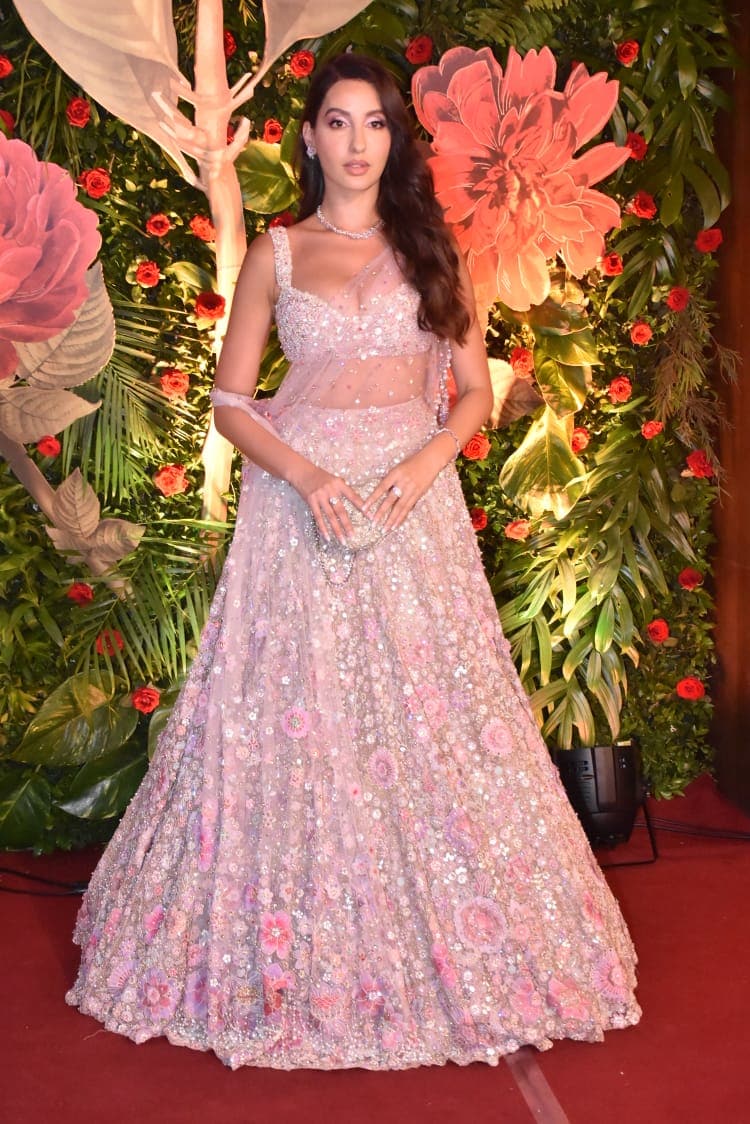 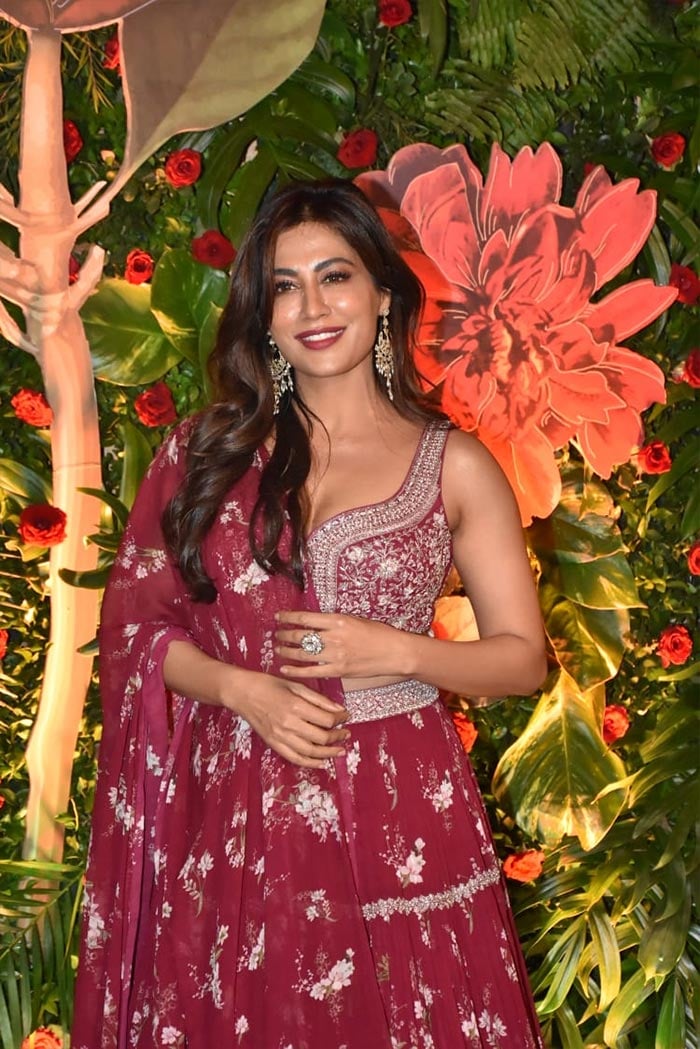 Chitrangda Singh looked stunning as ever. 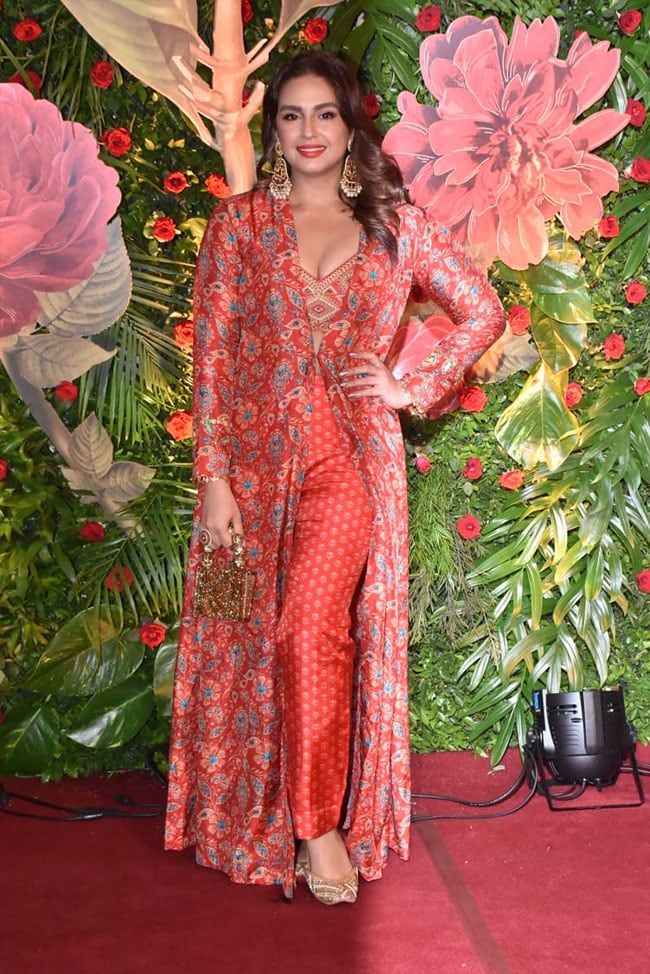 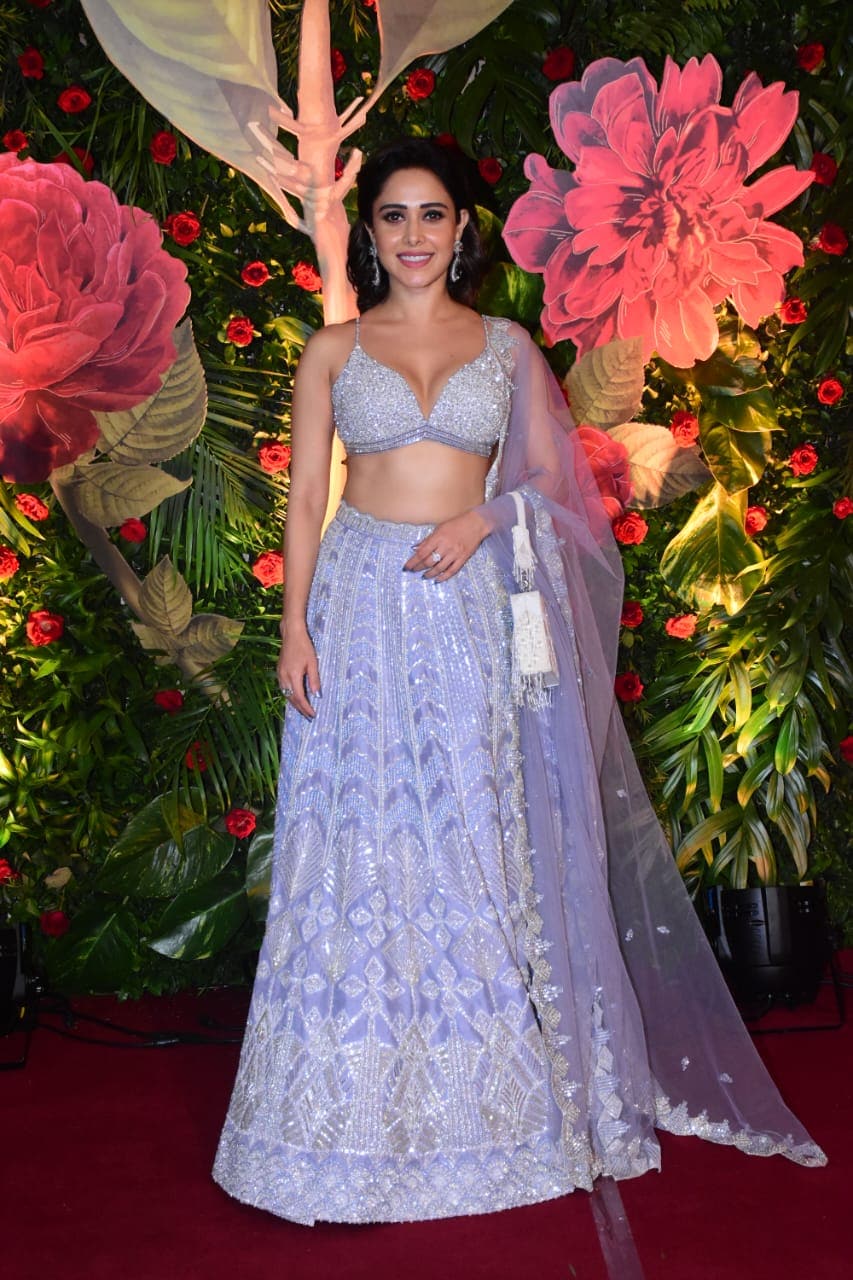 Taapsee Pannu, one of the early arrivals at the party, wore pink, as did Diana Penty and Sharvari Wagh. 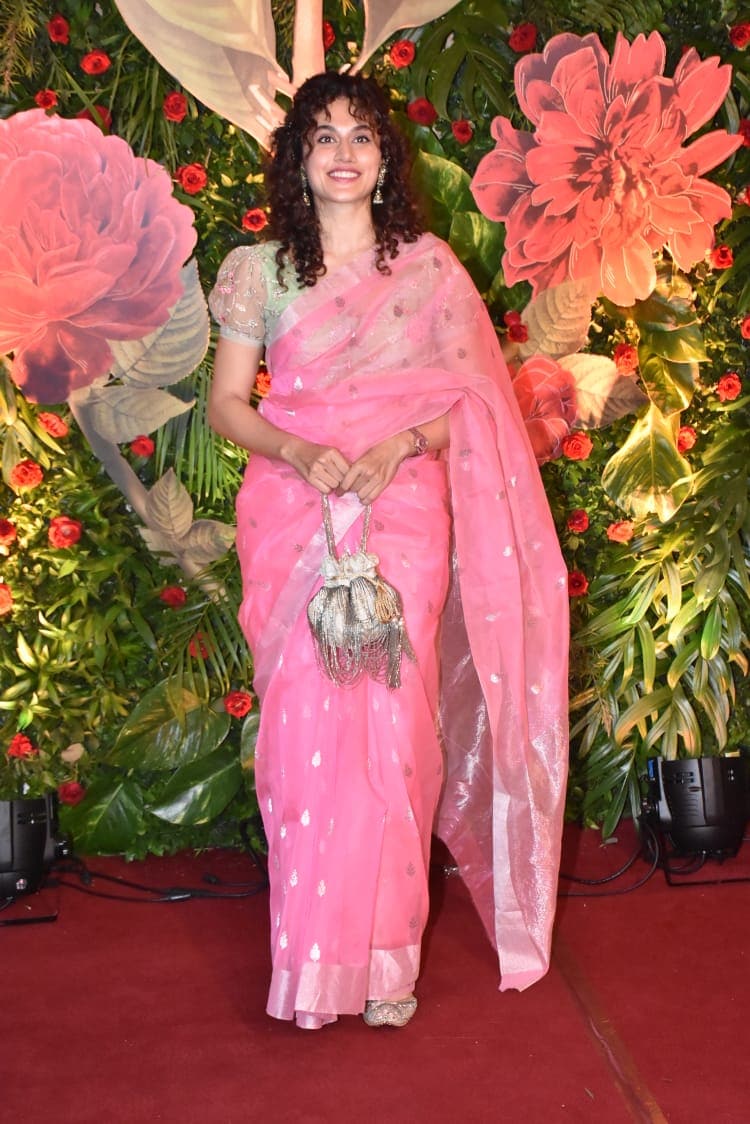 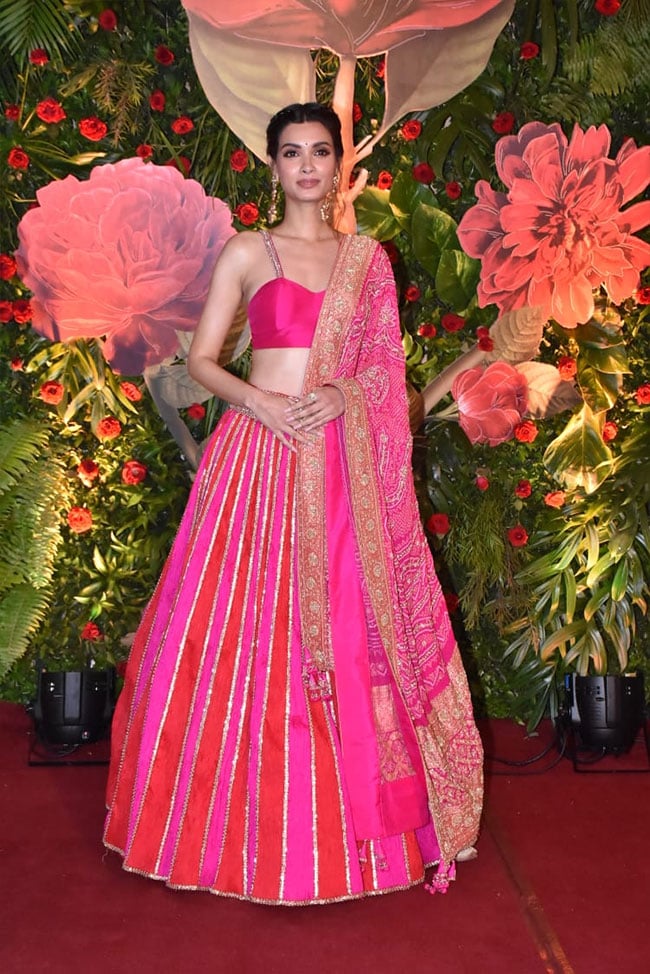 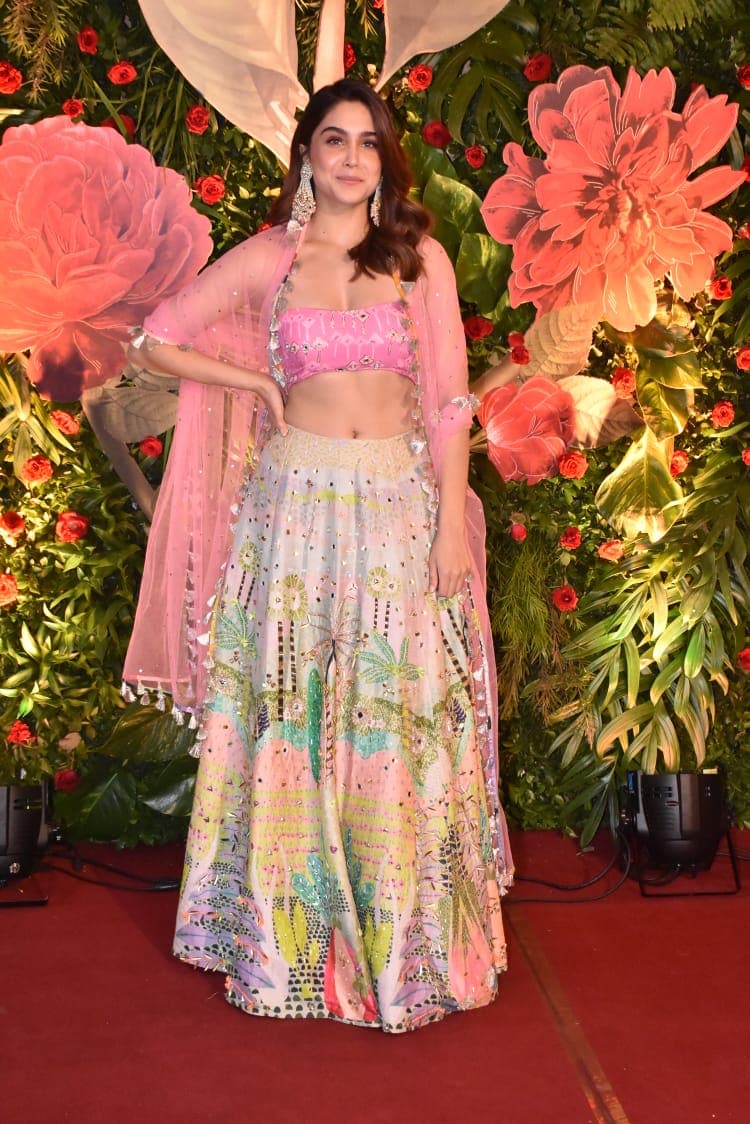 Athiya Shetty in white and Sophie Choudry in black were the yin and yang of Diwali fashion. 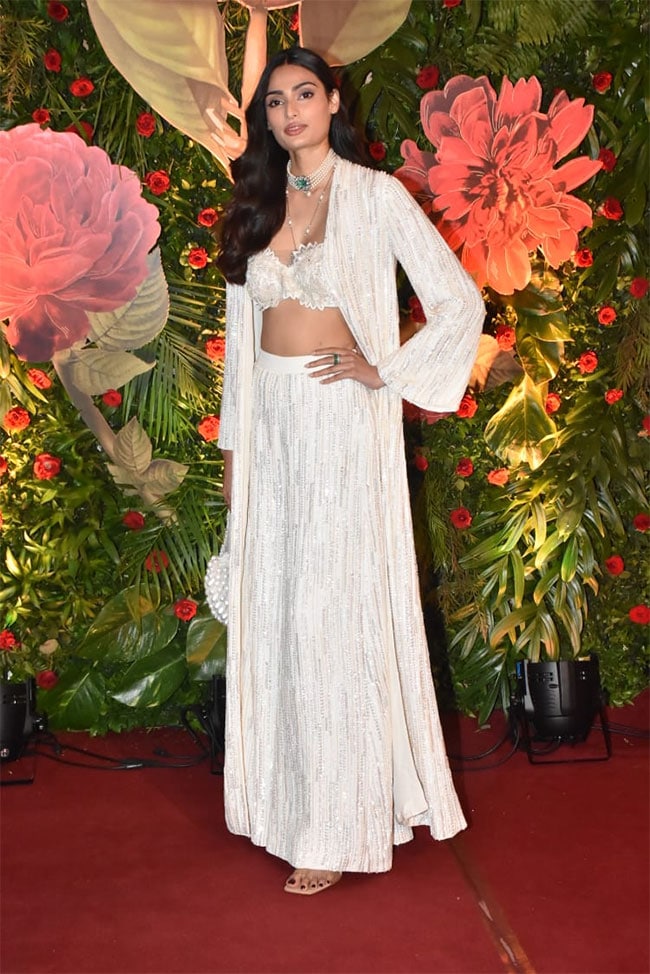 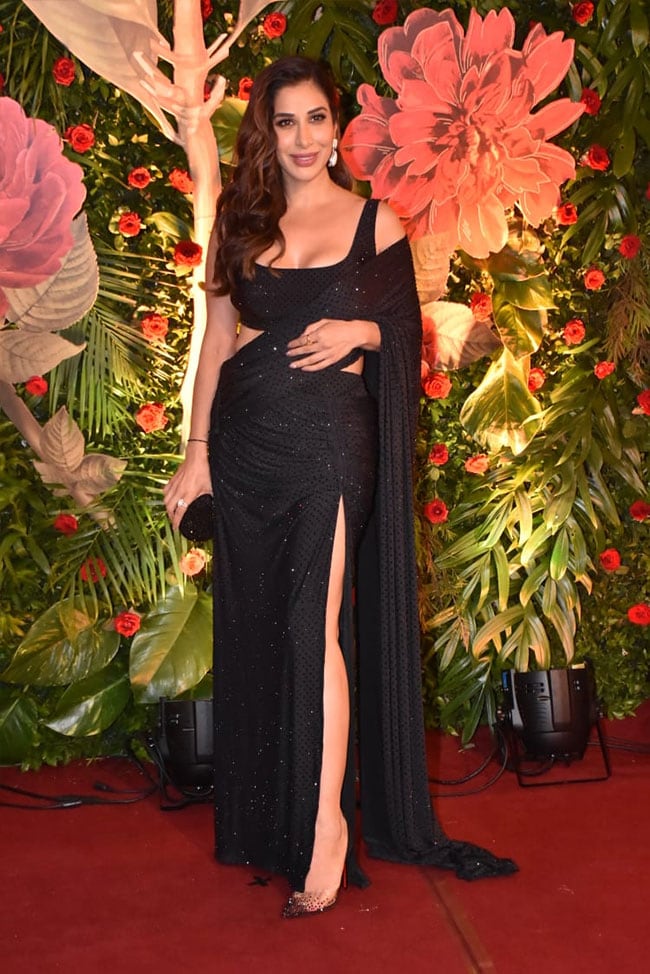 Tips boss Ramesh Taurani and wife Varsha's party is a fixture on the Bollywood Diwali calendar each year.