"Few more cities and a few more months to go," he wrote 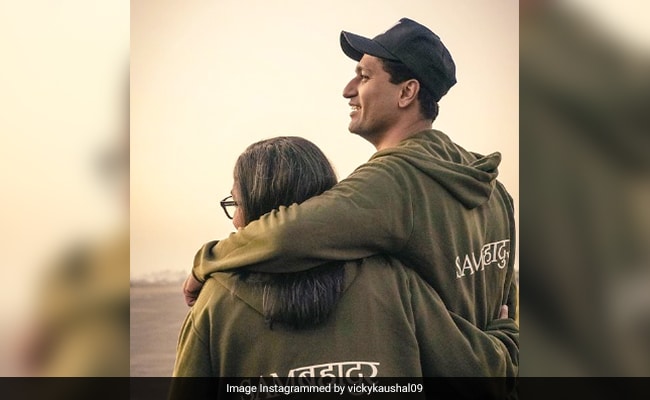 It's a schedule wrap for Sam Bahadur. Vicky Kaushal, who stars in the titular role in the Meghna Gulzar directorial, shared a few pictures and a clip of himself from the sets of the film on Tuesday. He wrote about working “relentlessly” for over two months in five cities. The actor added that he will soon meet the film's team to “continue our journey of making Sam Bahadur.” In the first picture, Vicky Kaushal is seen smiling with Meghna Gulzar, with his hand around her shoulder. They are wearing customised pullovers with “Sam Bahadur” written on them. The next set of photos and videos show him celebrating the schedule wrap with team Sam Bahadur. Vicky Kaushal wrote, “After more than two months of relentless work across five cities…It's a schedule wrap for the bahadurs. Few more cities and a few more months to go. See you soon Team, to continue our journey of making Sam Bahadur.”

Vicky Kaushal also shared glimpses of his morning shooting schedule on his Instagram Stories. Here, one can see the crew filming at around 5 am. 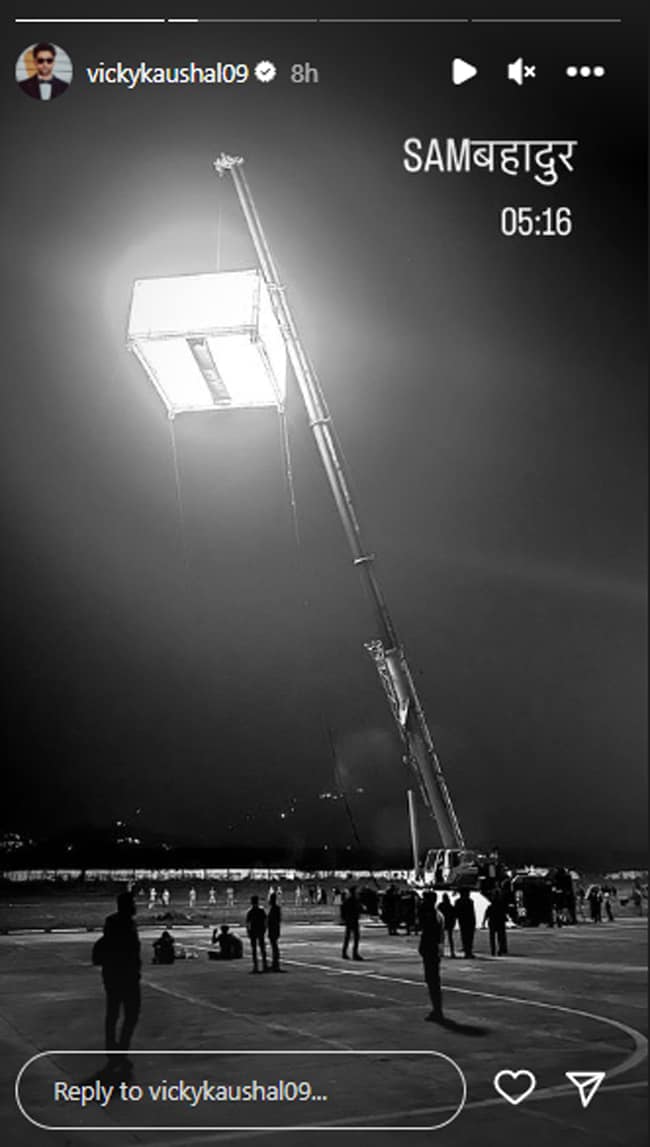 Along with a postcard-worthy frame from the sets of Sam Bahadur, Vicky Kaushal wrote, “It's a schedule wrap!” 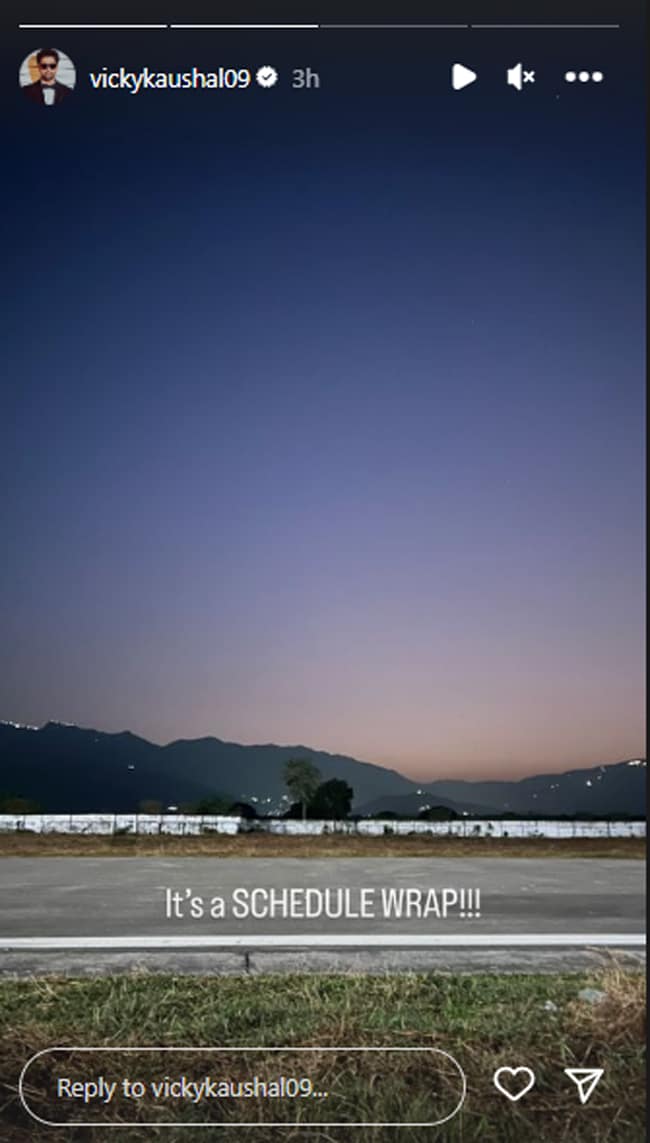 How can one miss the photo of Vicky Kaushal with “sabse bahadur fauji (the strongest soldier)” Meghna Gulzar? Take a look: 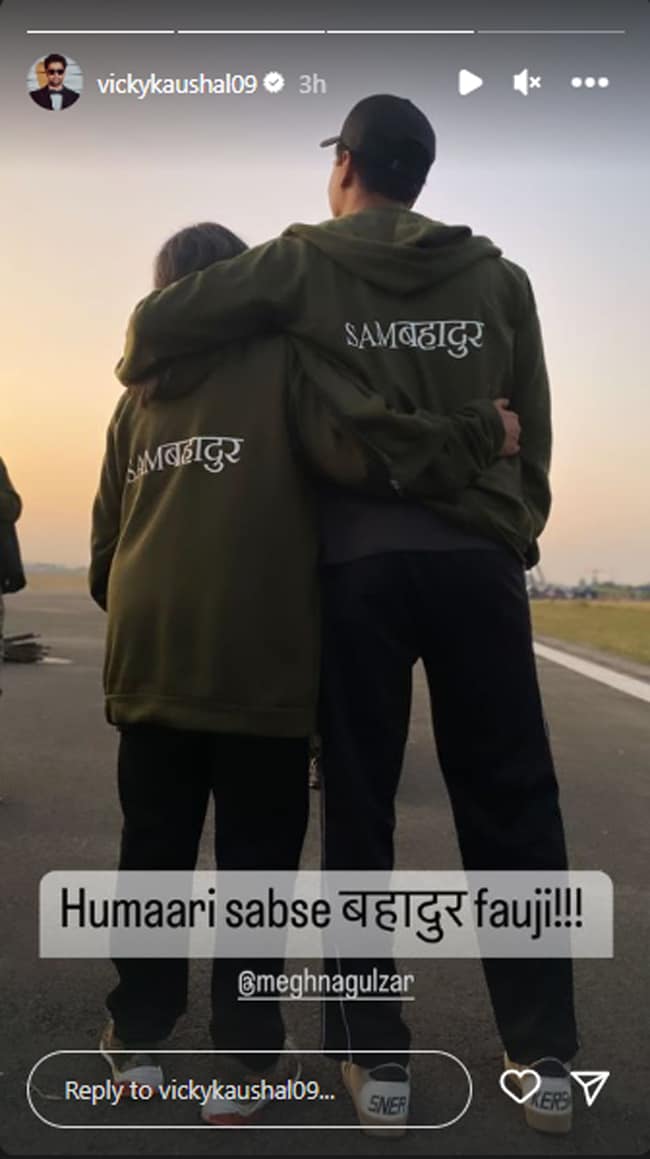 Now, take a look at Vicky Kaushal playing cricket with the crew after “an early pack up.” It was a “jugaad pro max” on the ground, where the star and his team used a chair and sandbags. The caption read, “Making the most of an early pack up… Sneaking out some cricket time with the film crew!!! Chair, patla, sandbags and a stick for the non-stricker's end… jugaad pro max. Mazze aa gaye.”

Sam Bahadur is a biopic film based on the life of the legendary Chief of the Army Staff of the Indian Army, Field Marshal Sam Manekshaw. It also features Sanya Malhotra and Fatima Sana Shaikh.