Katrina Kaif On Jee Le Zaraa: "When It Finally Does Happen..."

The film will also star Priyanka Chopra and Alia Bhatt 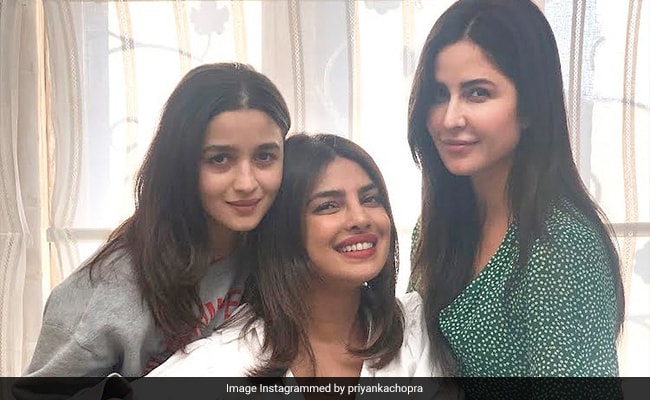 Katrina Kaif, who is waiting for the release of her career's first-ever horror-comedy film Phone Bhoot, recently spoke about one of her much-anticipated films Jee Le Zaraa. The film, which was announced last year, will also star Priyanka Chopra and Alia Bhatt in the lead roles. Speaking of the film, the actor told to Pinkvilla, "We're all looking forward to it. That film's had its journey, yes but I think when finally it does happen it's gonna be a lot of fun." The actor also revealed her plans of making her co-stars Priyanka and Alia use a whole lot of makeup that she will carry from her beauty brand. She said, "Jee Le Zaraa is a super exciting film. And on that film, I'm going to be taking the whole range of makeup (from her beauty brand) to the girls and be like 'Girls now you have to use this.'"

Katrina even spoke about her superhero film with her Tiger filmmaker Ali Abbas Zafar. She said, "Ali is a dear friend of mine. We are always talking back and forth, we just spoke the other day. Definitely, we will do something in the future."

Jee Le Zaraa will be directed by Farhan Akhtar, while its script will be co-written by Farhan, his sister Zoya Akhtar and Reema Kagti. The film will be produced by Zoya Akhtar-Reema Kagti's Tiger Baby and Farhan Akhtar- Ritesh Sidhwani's Excel Entertainment.

The brother-sister duo have previously worked on similar films like Dil Chahta Hai (2001) and Zindagi Na Milegi Dobara (2011) as writer-director. Giving a reference to both their films, Farhan and Zoya through a video announced their new project in August last year.

In Jee Le Zaraa, Katrina, Priyanka and Alia will be reportedly seen going on a road trip together.

On the work front, Katrina's film Phone Bhoot, also starring Siddhant Chaturvedi and Ishaan Khatter will release on November 4. After Phone Bhoot, Katrina's film Merry Christmas will hit theaters in December. Directed by Sriram Raghavan, the film also stars Vijay Sethupathi in the lead role. Katrina will also be seen in Salman Khan's Tiger 3, which is scheduled for Diwali 2023.