Read inOther Languages
This Article is From Apr 23, 2020 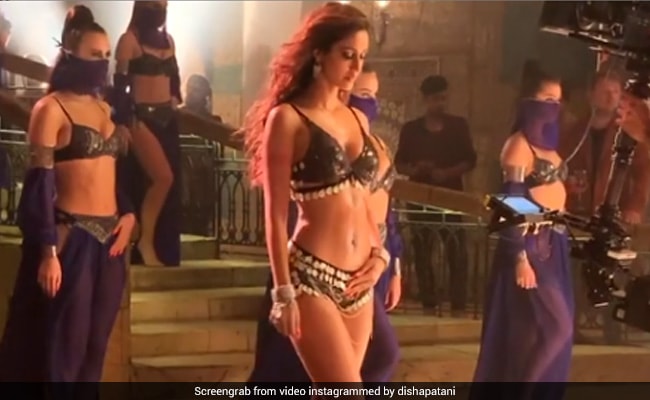 Disha Patani shared a stunning video of herself from the song Do You Love Me, from the film Baaghi 3 and can you guess who commented on her post? Tiger Shroff's mother Ayesha and his sister Krishna. Ayesha Shroff wrote "amazing" in the comments section, while Krishna referred to Disha as "queen." Disha Patani is said to be dating Tiger Shroff. The duo shared screen space for the first time in music video Befikra. They later co-starred in the 2018 film Baaghi 2. The actress recently shared screen space with Tiger in the aforementioned Baaghi 3 song Do You Love Me. 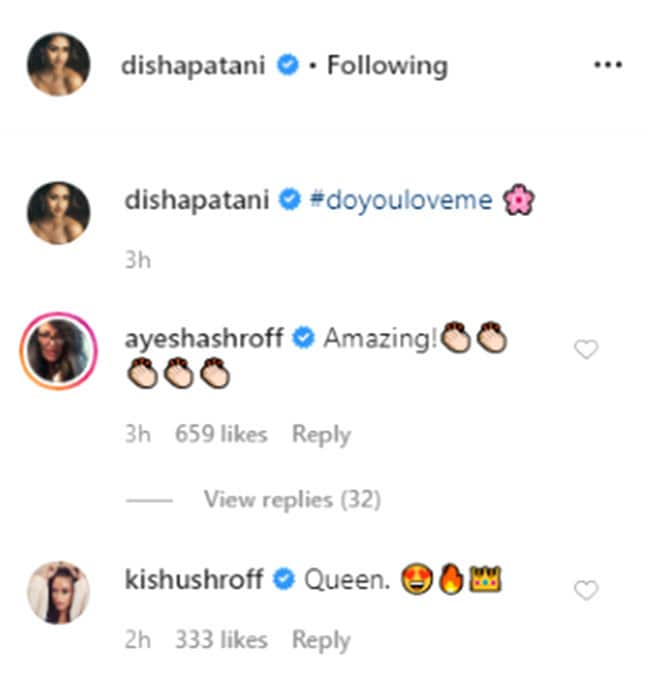 Screenshot of Ayesha and Krishna Shroff's comments on Disha's post.

Last month, Disha and Krishna trended big time for their TIkTok videos together. ICYMI, this is what we are talking about: