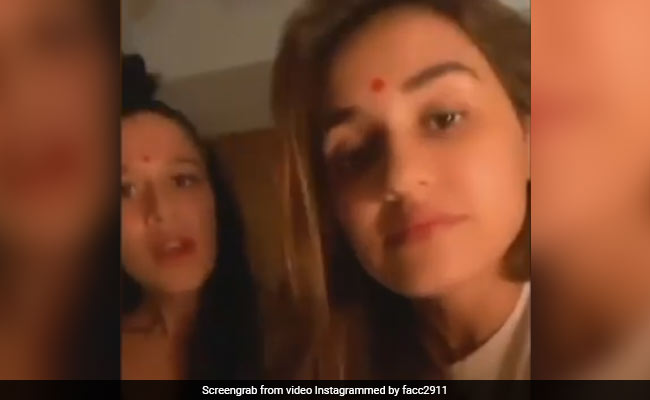 Krishna and Disha in a still from the video. (courtesy facc2911)

Disha Patani found a new TikTok companion in Tiger Shroff's sister Krishna Shroff. Disha posted a TikTok video along with Krishna and it is spreading like wildfire on social media. In the video, the duo can be seen recreating the popular TikTok dialogue - "Some girl asked my man, 'is she your girlfriend girlfriend or just a girl you're talking to?' B**ch, if I kill you, are you dead or just not breathing?" Disha and Krishna frequently feature on the trends list of their Instagram exchanges. Disha Patani is rumoured to be dating Krishna's brother and Bollywood actor Tiger Shroff.