Disha Patani is rumoured to be dating Tiger Shroff 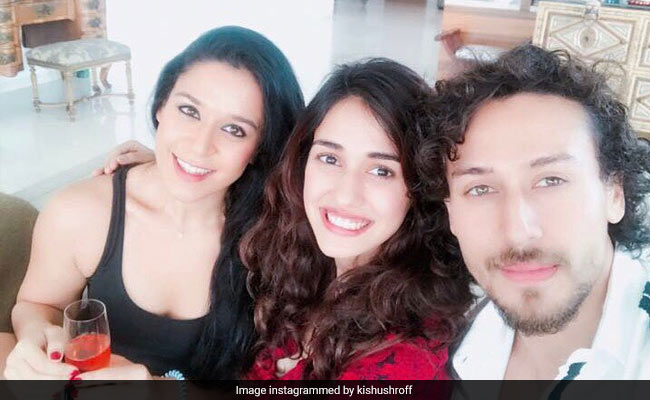 Tiger Shroff's sister Krishna, who shares a great bond with Disha Patani, "figured" that the actress must be a "cool girl" if she hangs out with her "loner" brother a lot. Krishna Shroff and Disha Patani's friendship has evolved over time, glimpses of which we often see on their social media profiles. Now, in a recent interview with Mumbai Mirror, Krishna opened up about her equation with Disha Patani, who is rumoured to be dating Tiger Shroff, and said: "He (Tiger) and Disha have been friends for ages. We connected over fitness, Since Tiger is a loner, I figured she is a cool girl if my brother is spending so much time with her."

Recently, Krishna Shroff posted a selfie and credited Disha for her make-up. Her post led to rumours that she is currently living with the actress during the lockdown. However, Krishna refuted the rumours and clarified that Disha Patani lives nearby and the duo often buy groceries together. "She lives close by. We go grocery-shopping sometimes," Krishna was quoted as saying by Mumbai Mirror.

Previously, Disha Patani shared a TikTok video that also featured Krishna and wrote: "This is how we do it." In the clip, the duo could be seen entertaining themselves in a goofy way. Check it out:

Coming back to Disha Patani and Tiger Shroff, the duo worked together for the first time in the music video Befikra. They later co-starred in the 2018 film Baaghi 2. The actress recently shared screen space with him in the Baaghi 3 song Do You Love Me.

On the work front, Tiger Shroff was last seen in Baaghi 3. Disha's upcoming project is Prabhu Deva's Radhe: Your Most Wanted Bhai, in which she will share screen space with Salman Khan. The actress has previously worked with Salman in Bharat.