Disha Patani Left Her Heart In This Beach Destination. See Her Post

Disha Patani is busy dreaming of the beach 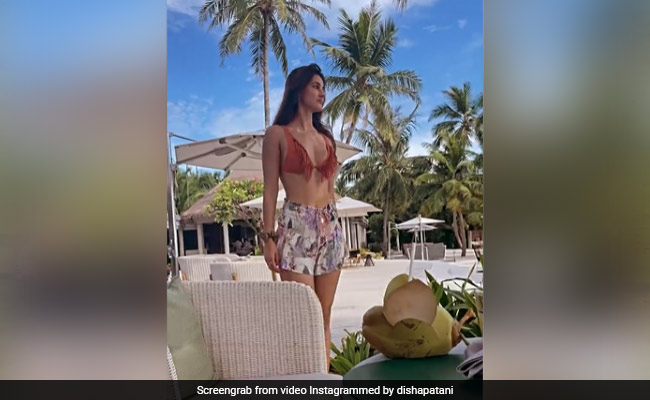 Disha Patani, being her stunning self, shared a new entry on the photo sharing application Instagram on Thursday and stunning can't even begin to describe it. The 28-year-old actress can be seen chilling at an undisclosed beach destination in the Instagram Reel. In the video, Disha can be seen strolling on the beach. She even pauses and smiles for the camera as Doja Cat's song Woman plays in the background. For the video, Disha picked a bikini top and she paired it with a floral skirt. The video appears to be a throwback (going by her caption on the post). "Missing," she wrote, adding a flower and wave emoji.

Disha Patani is a water baby and she loves to share posts from her pool time and beach sessions. See some of her posts here:

In terms of work, Disha Patani  was last seen in Prabhu Deva's Radhe: Your Most Wanted Bhai, which was her second project with Salman Khan. The duo have earlier co-starred in the 2019 film Bharat, which also featured Katrina Kaif and Tabu. Radhe: Your Most Wanted Bhai also stars Tiger's father Jackie Shroff and actor Randeep Hooda in pivotal roles. The film released on Eid this year. She will next star in Ek Villain 2, alongside Arjun Kapoor and John Abraham.