Did Someone Say Throwback Thursday? Tahira Kashyap Is Busy Sharing Pics With Her Kids

Keeping up with the spirit of Throwback Thursday 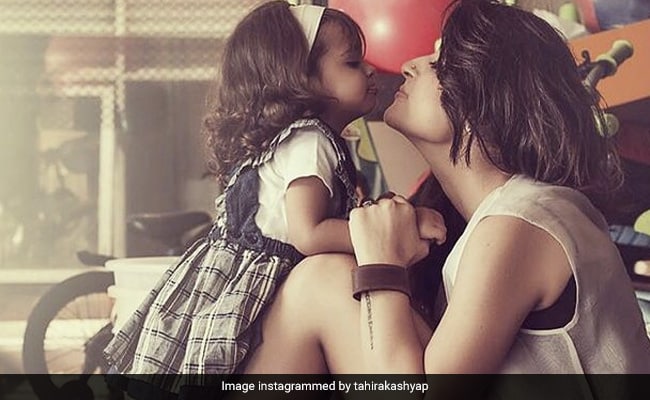 Tahira Kashyap is busy sharing happy throwbacks - one post at a time. She first shared a picture of her daughter Varushka,  which has our heart. Her second photograph was equally adorable, featuring her with son Virajveer. Making the best use of Throwback Thursday, the filmmaker-author shared these gems on her Instagram profile and she added a caption to her post: "Cheering myself up." In another picture, with her son, Tahira simply added the hashtag #throwbackthursday. Both her posts, got a whole lot of love from her Instafam. TBH, we are not surprised at all. The pictures are definition of adorable.

Tahira Kashyap  has written four books. Her latest book is called The 12 Commandments Of Being A Woman. Tahira wrote her first book I Promise in 2011, followed by her next novel Souled Out She also co-authored husband Ayushmann Khurrana's biography Cracking The Code: My Journey In Bollywood She has also has directed short films like Pinni and Toffee.