Deepika Padukone's "Padmaavat" released today amidst violent protests. Her portrayal of Rani Padmavati has been most-talked about 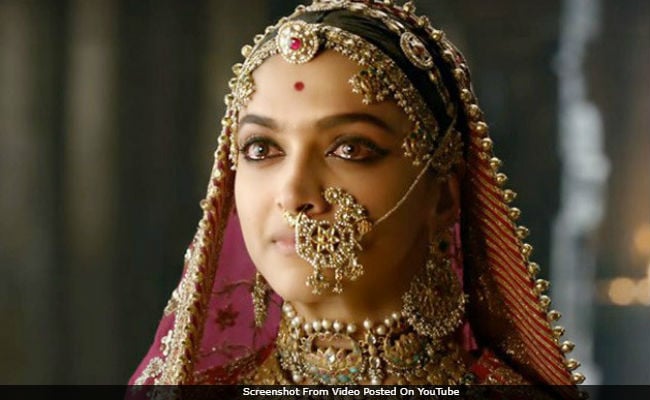 New Delhi: Deepika Padukone's "Padmaavat" released today and while violent protests against the film continue in parts of the country, there has also been a spate of support from fans of the principal cast. A Twitter handle operating under the title 'Deepika First Day First Show' has been sharing pictures of people watching the film. '#DP1stDay1stShow' has also been trending. A gratified Deepika responded to the handle, tweeting "I cannot believe what I'm seeing. @dp1stday1stshow what a show of pure genuine love and commitment! I'm not only touched and over joyed but extremely humbled seeing this absolutely unique initiative! Lots and lots of love to each and every one of you."

I cannot believe what I'm seeing!!! @dp1stday1stshow what a show of pure genuine love & commitment!im not only touched & over joyed but extremely humbled seeing this absolutely unique initiative!lots & lots of love to each & every one of you!!! #DP1stDay1stShowpic.twitter.com/HcP6NKl7Lm

Deepika is confident that "Padmaavat" will perform well at the box office. She told the press in Mumbai on Wednesday, "I'm not someone who gets excited about the box office numbers but this time I am, because I think it will be earth-shattering," reported news agency PTI. "Padmaavat" opens after being cleared by the Censor Board some weeks late - it was originally meant to release on December 1. The film has been violently opposed by fringe Rajput groups over how the film depicts Rani Padmini of Chittor, the central figure of the legend that the film is based on. Deepika, who endured vile threats made against her last year, said, "There is a time for everything. The film has spoken for itself. The reactions to the film have been absolutely phenomenal. That is the best response we can give to anyone through the work that we do," reports PTI.

Meanwhile, Ranveer Singh also posted a thank you note for the response his performance has received.