"Padmaavat" Movie Review: Its beauty, as is usually the case with a Sanjay Leela Bhansali extravaganza, is skin deep 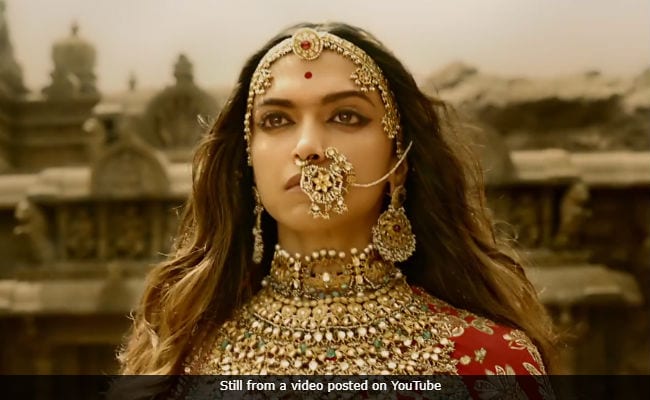 The first thing that strikes you as "Padmaavat" unfolds on the screen is how tepid the opulent, overwrought film is in spite of its visual flair and technical wizardry. Its beauty, as is usually the case with a Sanjay Leela Bhansali extravaganza, is skin deep. It is magnificent but overly manufactured.

Female lead Deepika Padukone - after whose character the film was named until censorial intervention shaved off the 'i' from the title and diluted its upfront distaff emphasis, is an eye-catching epitome of elegance. She is a sight to behold. So, as some SLB fans might assert, is the film.

There is pizzazz aplenty in this overlong horses-and-swords yarn, but it is all so superficial - if not wholly superfluous - that nothing that the excess-obsessed filmmaker throws into the boiling pot can rustle up a broth sizzling enough to keep crackling over a runtime of nearly three hours. What's worse is the dubious ideology it peddles to uphold notions of history favoured by the nation's current political dispensation.

In one scene, Rani Padmavati (Padukone) is blamed for the capture of her husband Maharawal Ratan Singh (Shahid Kapoor) by Sultan-e-Hind Alauddin Khilji (Ranveer Singh). You allowed him go to the enemy camp alone and unarmed, she is berated by the King's first wife. She is harangued for her beauty too. Padmavati replies: shouldn't you be blaming the male nazar (gaze) and neeyat (intention) instead?

All this is supposedly taking place in the 13th century, but the nazar and neeyat contention has an instant contemporary ring to it. So the argument that the way women are generally treated in this film reflects the period the story is set in does not hold water. Not much later, the Queen asks her husband for permission to perform her "jauhar ka haq" (the right to commit jauhar). I cannot even die without your say-so, she tells Ratan Singh. "Padmaavat" Movie Review: A still from the film.

Despite the pre-credits disclaimer that "<i>Padmaavat</i>" does not intend to support the practice of sati, the ideas about a woman's honour and place in the world that are woven into the screenplay by Prakash Kapadia and Bhansali are hugely troubling. The female protagonist, in the company of many other women, including a child and one who is heavily pregnant, jumps into fire to avoid being violated by enemy soldiers - the act is brazenly glorified. It is difficult to fathom why anybody in this day and age would want to make a film that suggests women should embrace death when the 'sanctity' of their bodies is imperiled unless he is out to push a larger agenda. 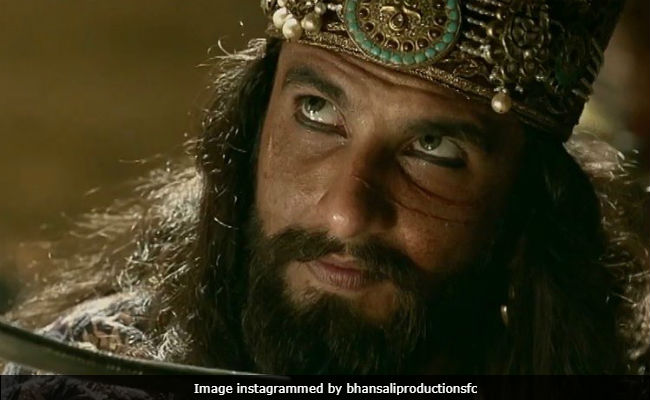 "Padmaavat" Movie Review: A still from the film.

This film's antediluvian attitude to sex and morality are obnoxious to say the least. Even more out of line is the petty and manipulative manner in which it feeds into popular prejudices against those that do not belong to the 'pure' Hindu universe. The Muslim ruler of half of India, Alauddin Khilji, is presented as an unprincipled brute, likened to the asuras (demons of Hindu mythology), and even Yamraj (the god of death). The Rajput king, in contrast, is genteel, upright and governed by a strict moral code.

Prettiness overload runs "Padmaavat" to the ground and turns it into an occasionally striking but eventually clunky drama woven around a smitten man fighting another for a glimpse of a peerless Queen. She is obviously a woman to kill and die for. Yet, despite Deepika's inspired performance and exquisite screen presence, Rani Padmavati is never more than a cardboard cutout. She serves as a mere pretext for two macho warriors - one a paragon of probity, the other an embodiment of creepy savagery - unleash a war so fierce that it spells death by fire for a bunch of Rajput women.

The tale, derived from Malik Muhammad Jayasi's 16th century epic poem, floats on the surface, willing us on to embrace the constant sensory stimulation that the director presses into the service of his 'grand' vision of a period of history when unblemished Rajput warriors waged valiant wars while their acquiescent women unquestioningly adhered to a patriarchal code of conduct. In the face of the obduracy and valour of the King of Mewar, Padmavati's oh-so-noble husband, the fierce Muslim invader is forced to rethink his methods and fall back on ever-increasing brutality and skullduggery, driven by his growing obsession with Rani Padmavati.

In the world conjured up by Bhansali, the Sultan of Delhi is inevitably the 'outsider' who has evil designs on Mewar's honour - the King's second wife, word about whose unparalleled beauty reaches his ears via a banished Rajput spiritual head. Alauddin marches to Chittor to wrest the woman for himself, but his plans are repeatedly thwarted. Our hearts have more strength than Alauddin's sword, the Rajput King declares. No matter how tough the woman is - Rajputi bangles are as strong as Rajputi swords, the Queen says at one point - it is the men who get to decide the fate of this human bone of contention.

It is highly ironic that a film designed to lionize the Rajput community should have run afoul of the very people that it is out to show in the brightest possible light. In fact, Padmaavat is the sort of film that hinges on the very binaries that underline the thought processes of Hindu supremacists. It wends its way with intent through and around a narrative marshland overflowing with chauvinism, regression and misogyny.

The beautiful Padmavati, princess of the faraway kingdom of Singhal, leaves her sea-locked land for the sand dunes of Rajasthan with her newly-wed husband. She starts out as a blithe spirit and proves her wiles on more than one occasion but quickly morphs into a picture of grace and submissiveness.

The sultan responsible for Padmavati's plight is a crude, meat-eating man who does not possess a curlicue of grace. He rides roughshod over anybody who comes in his way, living up to the stereotype of the Muslim ruler flouting every rule of engagement with impunity. He is placed in direct opposition to the righteous, obviously vegetarian Rajput King. The latter's approach to lovemaking is marked by softness and finesse although he thinks nothing of betraying his first wife when he meets Padmavati on his sojourn down south.

Alauddin, on the other hand, is a crass sexual predator. He pounces upon his wife Mehrunnisa (Aditi Rao Hydari) when he wants to make love. He also makes out with another woman on his wedding night. He has an effeminate all-purpose male slave Malik Kafur (Jim Sarbh) who does his master's bidding with glee. Alauddin's personality is all flaws, and no redeeming features.

As for the film as a whole, the saving graces are of an entirely superficial nature. The SLB approach to filmmaking is on full view in Padmaavat, so no surprises there. He discards subtleties, pumps up the pitch and batters the material at his disposal into one big pulpy spectacle.

Promoted
Listen to the latest songs, only on JioSaavn.com
The director's most willing ally in this endeavour is Ranveer Singh, ebulliently evil and visceral in his portrayal of a venal villain on the rampage. He is never short on energy. If only he knew how to channel it with greater modulation, he might have made Alauddin Khilji a touch more human and a little less of the ugly beast he is made out to be.

"Padmaavat" would then perhaps have been a very different film and not quite the slog it is.