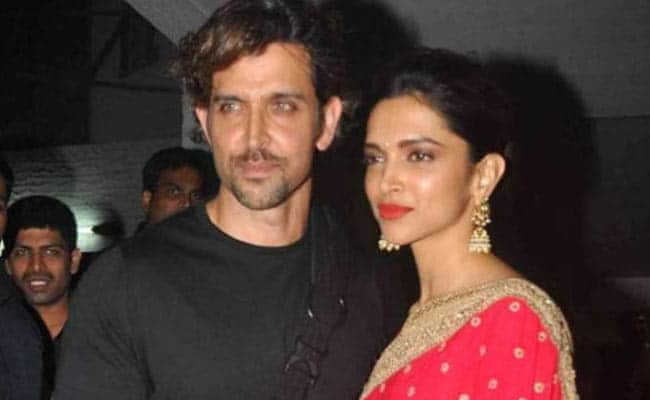 Deepika Padukone and Hrithik Roshan occupied the top spot on Sunday's list of trends, courtesy the actress' cheeky tweet. On Sunday, the 33-year-old actress, in her Twitter post, compared Hrithik Roshan to a dessert from a popular eatery named Corner House. "Hrithik Roshan in War is like Death By Chocolate (an ice cream flavor) from Corner House.... Just saying," tweeted Deepika Padukone. As of now Hrithik Roshan has not reacted to the "Padmaavat" actress' post, but we would love to see his reaction. Minutes after Deepika tweeted, her fans started commenting on her post. A section of the Internet asked the actors to do a film together, while others were curious to see Deepika's husband Ranveer Singh's reaction to the post. "Can we please see you both together in a film anytime soon?" commented a fan. "Please sign a movie together," wrote another.

@iHrithik in WAR is like Death by Chocolate from Corner House!...Just Saying...

Deepika Padukone and Hrithik Roshan have not co-starred in a film yet. However, earlier, there were reports that the duo might be seen sharing space together and that Deepika would be cast as Sita and Hrithik as Rama in the mega-budget adaptation of Ramayana. However the film's director Nitesh Tiwari denied the rumours in an interview.