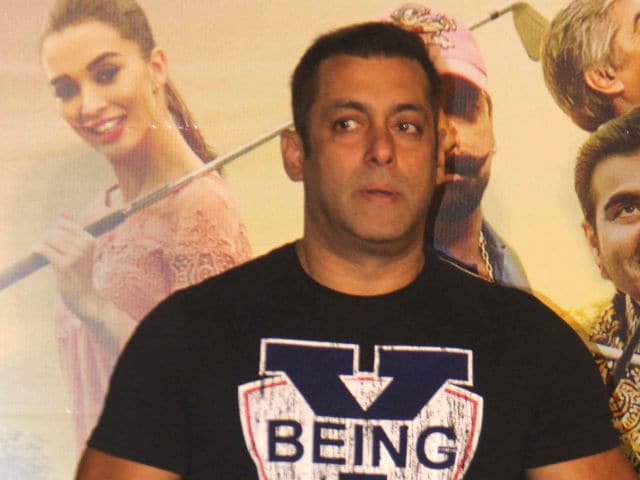 Mumbai: The glory of gymnast Dipa Karmakar's history-making Olympic qualifier has entirely passed Salman Khan by, as has her name. The 50-year-old actor is one of this year's Goodwill Ambassadors appointed by the Indian Olympics Association but on Sunday, when Ms Karmakar became the first Indian to qualify for the vault event at the Rio Games, Salman Khan forgot her name.

"I thought... it was... was it Deepika? I thought she was going to win gold but she came eighth, no?" the actor said while launching the trailer of his brother Sohail's new film Freaky Ali. 'Deepti,' offered a reporter - "Oh yeah, Deepti," agreed Salman.

Not Deepika. Not Deepti. It's Dipa, Salman, and she might still win the medal - that was only the qualifier. And given that she has already outperformed every other Indian gymnast ever, hers is a name to remember. In event of future memory loss, please refer to this tweet:

Embarrassingly for Salman, it wasn't his only faux pas of the evening. Freaky Ali stars actor Nawazuddin Siddiqui, Salman's cast mate from the films Kick and Bajrangi Bhaijaan. While introducing him at Sunday's event, however, Salman forgot his name as well. "Please welcome Nawazuddin Shah," said he.

Salman Khan, who was appointed Goodwill Ambassador for India's Olympic team amid much criticism, was last seen playing a wrestler in the film Sultan. Weeks before the movie released in July, he said at a press meet that filming the wrestling scenes left him feeling 'like a raped woman.'

He failed to apologise for the remark despite several summons from the National Commission of Women.