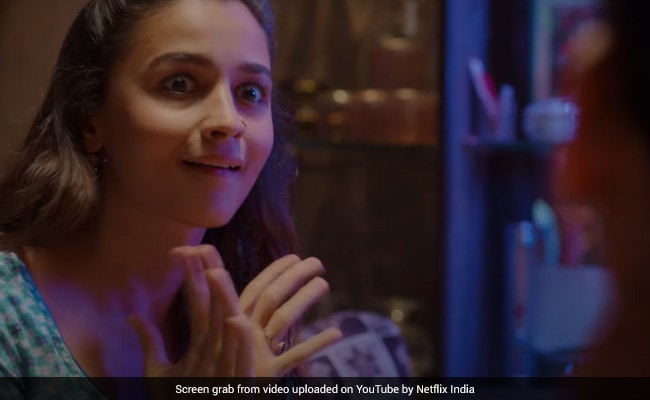 The teaser of Darlings released on Tuesday and it is the perfect amalgamation of thrill and dark comedy. Alia Bhatt, who has co-produced the film with Shah Rukh Khan, stars in the film with Shefali Shah and her Gully Boy co-star Vijay Varma. After the teaser's release on Tuesday, fans of the actress shared many tweets highlighting what they loved the most. Alia Bhatt's expressions, for one, found a separate fanbase. "Darlings teaser is a cracker," wrote a fan. "Her expressions change faster than the light," added another one.

Check out the tweets here:

#AliaBhatt just keeps getting better with each movie and can we just appreciate that background music. #Darlings teaser is a cracker. pic.twitter.com/y9U5JiE89G

Many moods of Alia Bhatt in Darlings:

Many moods of Alia Bhatt in Darlings Teaser

Told you, her expressions have a fan base.

"She understood the assignment," wrote another fan.

"Her expressions change faster than the light," read another tweet.

Her expressions changes faster than the light how do u do it every time Alia
Can't wait for darlings #AliaBhatt#Darlingspic.twitter.com/uK3kiKiVVX

Just in case it wasn't clear how excited fans are:

us on 5th of August #Darlingspic.twitter.com/tudHYBVdND

Check out the teaser of Darlings here:

Alia Bhatt shared these quirky posters from the film on Tuesday.

After the film's wrap earlier this year, Alia Bhatt  shared this on Instagram and she wrote: "Darlings, it's a wrap! We have done our best to make a film that we are hoping you will love."