"See You At The Movies": Alia Bhatt And Vijay Varma Wrap Darlings Shoot 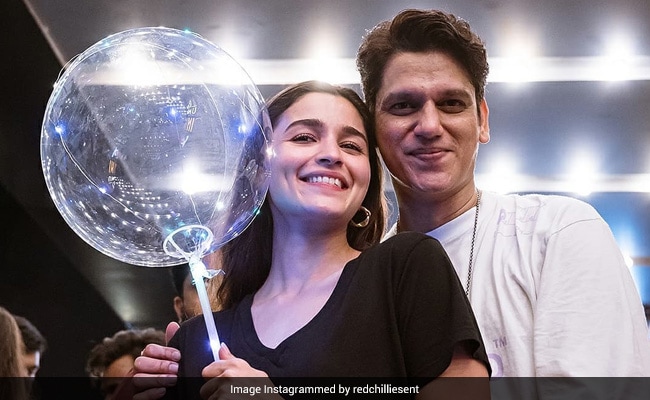 Alia Bhatt finished shooting for her next project Darlings, which also marks her debut as a film producer. The film also stars Vijay Varma, Shefali Shah and Roshan Mathew along with Alia. Sharing BTS moments from the film, the actress wrote in her post:"Darlings, it's a wrap! We have done our best to make a film that we are hoping you will love! See you at the movies." Vijay Varma, who co-starred with Alia Bhatt in Gully Boy, commented: "Darlings log ek number." The film has been co-produced by Shah Rukh and Gauri Khan's Red Chillies Entertainment.

Meanwhile, a separate post was shared on Red Chillies Entertainment's official Instagram handle. The caption on which read, "With this, we wrap Darling with our darling team. Can't wait to bring this film to you."

Alia Bhatt announced her association with the project earlier this year and she wrote in an Instagram post: "This one's special. Announcing Darlings, my first ever production under Eternal Sunshine, in association with my favourite Shah Rukh Khan's Red Chillies Entertainment." SRK and Alia co-starred in the film Dear Zindagi." Alia's production house is called Eternal Sunshine Productions.

Alia Bhatt has a busy schedule this year, with several film releases lined up. Her upcoming projects include Ayan Mukerji's fantasy trilogy Brahmastra, co-starring boyfriend Ranbir Kapoor and veteran Amitabh Bachchan, and SS Rajamouli's RRR with Ram Charan, Jr NTR and Ajay Devgn. She will also be seen in Gangubai Kathiawadi, which has been directed by Sanjay Leela Bhansali.