Twinkle Khanna, who "manifested" a world where 'pyjamas are forgiving', is having second thoughts 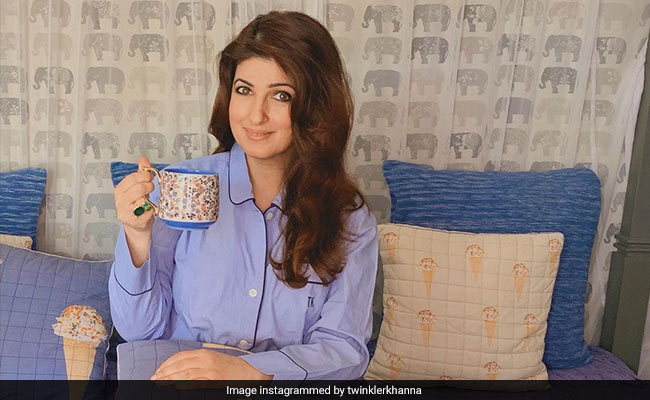 Twinkle Khanna's words of wisdom "Pyjamas are forgiving in nature, it's jeans that really know how to hold a grudge," from her third book Pyjamas Are Forgiving, resonate with us more than ever before, given the current situation. However, the author seems to have taken a U-turn from her "pyjamas are forgiving" stance. Her latest Instagram entry is proof. On Wednesday, Mrs Funnybones shared a picture of herself dressed in (no points for guessing) pyjamas and she added a dose of her signature humour to the caption. "This is my hostage smile and hiding behind it is a desperate monologue. Why the hell did I write 'Pyjamas Are Forgiving' and manifest a world for myself where I stay all day long in the damn things. I am tired of forgiving clothes. Give me the body con dress and damn the stomach rolls. Give me crop tops and glitter eyeshadow," she wrote.

Adding the hashtags #backtothefuture, #donttakeitseriously and #safetyfirstforall to her post, Twinkle Khanna wrote: "I promise to wear every unforgiving sartorial contraption while shouting 'Go Corona Go' as long as we can all get out."

Twinkle Khanna has authored three best-selling books. Her first book Mrs Funnybones was a compilation of her columns. Her second book - The Legend Of Lakshmi Prasad was an anthology of short stories, while her third book Pyjamas Are Forgiving was a novel.

Other than being a renowned author, Twinkle Khanna is a celebrated columnist, a former actress, an interior decorator and a film producer. She runs a studio named The White Window (which operates in Mumbai). She also runs a digital content company called Tweak India.