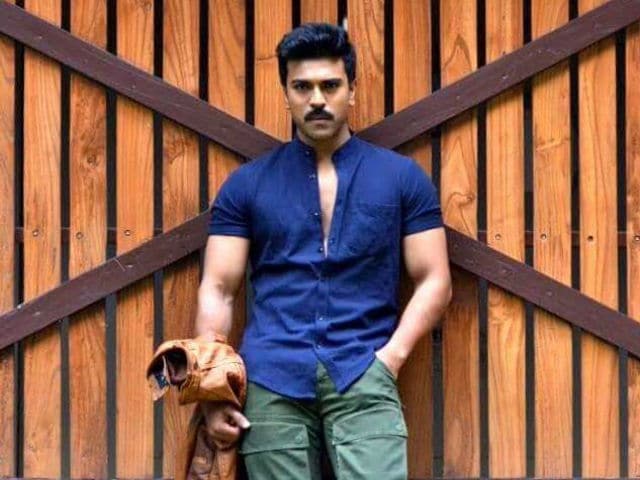 Ram Charan in a still from Dhruva

New Delhi: Prime Minister Narendra Modi's decision to scrap Rs 500 and 100 notes has forced the makers of Ram Charan's Telugu film Dhruva to push the film's release date. Now the film, which also stars Rakul Preet Singh and Arvind Swami, will release on December 9. "We had planned to release the film on December 2 initially. But due to demonetisation, we were doubtful if audiences will watch the film. And after some research and deliberations, we decided December 9 will be the ideal date. There is no other reason for the postponed release," Producer Allu Aravind in a statement told IANS.

Directed by Surender Reddy, the film marks actor Arvind Swami's come back. He will be seen as an antagonist in the film.

The film is the official remake of Tamil blockbuster Thani Oruvan, and it is produced by Geetha Arts. Dhruva official trailer released on November 26 and trended on social media. The almost two-minute trailer is packed with high octane action sequences.


Reports suggested that Telugu film industry has been affected by currency ban. "There are no collections (at the box office). Money is not in circulation. Telugu cinema industry is also hit hard like some other sectors, because middle classes are the main consumers of cinema," Tammareddi Bharadwaja, a prominent filmmaker and a leading industry voice, told PTI in Hyderabad.

"The makers of some small-budget films have postponed their release in view of the prevailing situation and notable among them is comedy hero Allari Naresh's Intlo Deyyam - Nakem Bhayam," he added.

On November 8, PM Modi declared all 500 and 1000 rupee notes invalid to tackle the issue of black money. Tamil actor Vijay was among the few who talked about the inconvenience faced by people. "Many use Rs 500 and Rs 1,000 notes for daily transactions like going to theatres, malls and trading purpose. People like these are unnecessarily put to inconvenience," Vijay told PTI.

Promoted
Listen to the latest songs, only on JioSaavn.com
According to the government's latest orders, old notes can no longer be exchanged for new ones at bank counters. Citizens can now only deposit them till December 30, after which the Reserve Bank will accept the invalid notes on certain conditions.