Despite the muttered comments about her Bollywood connections, Ananya Panday has been given a warm reception 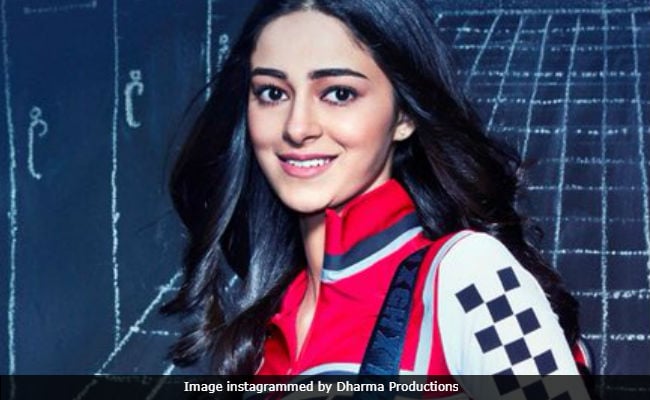 New Delhi: Ananya Panday, the 18-year-old daughter of actor Chunky Panday, will make her debut in Student Of The Year 2, filmmaker Karan Johar confirmed on Tuesday. Ananya is one of two newcomers - the other being Disney India star Tara Sutaria - in a cast headlined by Tiger Shroff. The class of 2018 was Twitter's top trend soon after the announcement and while some tweets grumbled about 'nepotism rocks' (they are just repeating what you said, Karan Johar), the Internet appears to be largely impressed with the upcoming actress. Ananya is the elder of Chunky and Bhavana Panday's two daughters. Her sister Rysa is 13-years-old. And despite the muttered comments about her Bollywood connections, Ananya has been given a warm reception. "She is very pretty," read one comment while another user added: "She is gorgeous and very stylish."

She is gorgeous and very stylish

All The Best Aanaya..Keep rocking.

My favourite... thanks kjo for casting her..

Ananya Panday made her high society debut at Le Bal in Paris last year. At the high profile international event, Ananya was paired with Prince Philip d'Arenberg and cut a fine figure wearing Jean Paul Gaultier. Months before the official announcement, Le Bal organisers introduced Ananya as "Bollywood actress" in one of their posts.

At Le Bal, Ananya posed with other debutantes such as Reese Witherspoon's daughter Ava Phillippe, Princess Gauravi of Jaipur and Princess Costanza Pallavicini among others.

Here are pictures from that magical night:

What was so funny?- #majormissing @vanityfair

And finally, I was blessed enough to wear @jpgaultierofficial at @lebal.paris

Here are photos of Ananya, Suhana and Shanaya:

Student Of The Year 2, a sequel to the 2012 film that launched Alia Bhatt, Varun Dhawan and Sidharth Malhotra, is being directed by Punit Malhotra and will release in November.

Promoted
Listen to the latest songs, only on JioSaavn.com
Recently, Chunky Panday was quoted as saying that Ananya was born to be an actor.