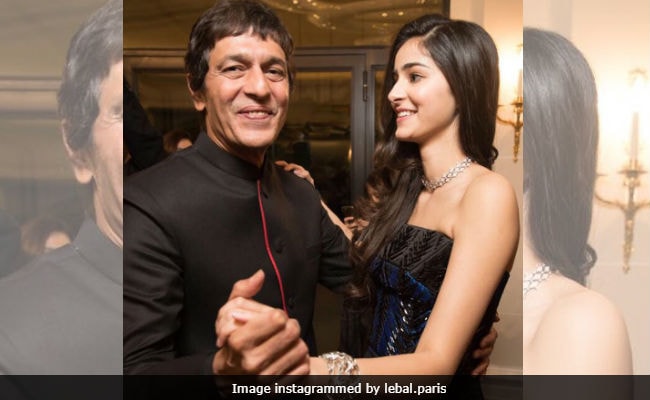 New Delhi: Ananya Panday's Le Bal stories aren't over yet. On Thursday, Le Bal organisers shared an adorable picture of Chunky Panday and Ananya's father-daughter dance on their Instagram account and captioned it: "Behind every great daughter is a truly amazing dad." Dressed in Jean-Paul Gaultier haute couture, Ananya walked confidently with her cavalier at Le Bal was Prince Philip d'Arenberg but her first dance was with her father. Earlier, Chunky Panday told NDTV that he often danced with both his daughters when they were young. Of the Paris ball, the Housefull actor told NDTV: "Waltzing with Ananya was great fun. Ananya made me feel very proud." He also added that this was "the closest feeling to royalty" as he would get.

Chunky Panday is married to Bhavana Panday and they are parents to Rysa and Ananya. The family of four and Chunky's nephew Ahaan Panday attend the Paris ball. Ahaan was the cavalier of Princess Alice of Belgium.

Here are some pictures of Ahaan and Aanaya in Paris:

Le Bal des Débutantes was held on November 18 in Paris and the opening dance was presented by Reese Witherspoon's daughter Ava Philippe and Padmanabh Singh, former Prince of Jaipur. Check out their waltz here:

Ananya Panday is reportedly making her Bollywood debut in Karan Johar's Student Of The Year 2, opposite Tiger Shroff. Though nothing has been announced officially, a Le Bal Instagram post described Ananya as 'the Bollywood actress.'