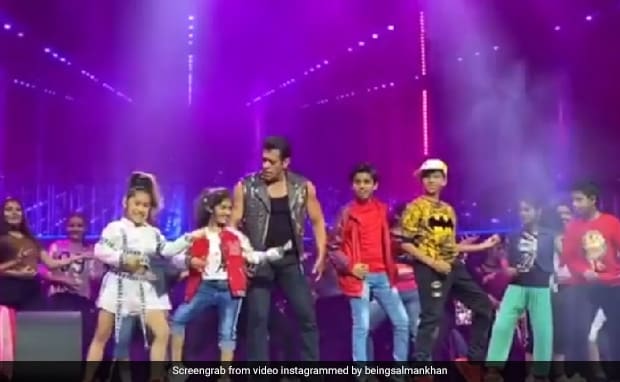 Children's Day 2019: Salman Khan in a still from the video. (Image courtesy: beingsalmankhan )

It's Children's Day today, which means that the social media is bombarded with wishes. On the special occasion, several Bollywood celebrities posted wishes on social media, while others shared throwback pictures from their childhood days. Salman Khan too posted a wish for the day and he did it in his signature style. The 53-year-old actor shared a video of himself dancing with a few kids to the song Slow Motion from his film Bharat. Salman could be seen sporting an ear-to-ear grin in the video as he grooved with the kids. He captioned the video: "Happy Children's Day today and every day." The video had over 4 lakh likes on Instagram within a few hours.

Salman's Radhe: The Most Wanted Bhai went on floors earlier this month. Salman shared a picture from the sets of the film along with his co-stars Disha Patani, Jackie Shroff and Randeep Hooda.