Salman Khan travelled to Varanasi in April this year to complete the shooting of Hud Hud Dabangg. 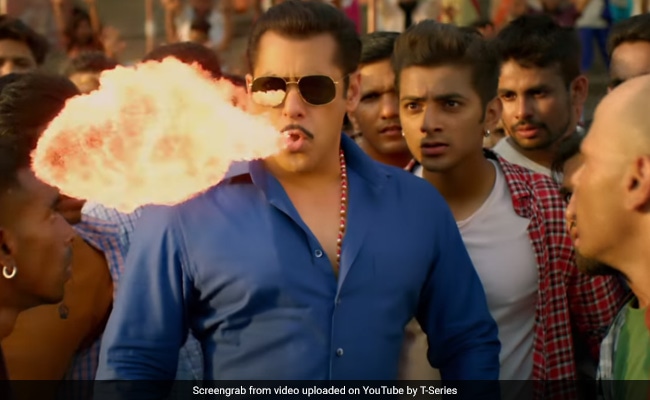 The Hud Hud Dabangg song is all about Chulbul Pandey aka Salman Khan's swag. Is there anything he can't do? The song begins with Salman Khan's dabangg entry as he can be seen being welcomed by guitar-striking sadhus on the ghats of Varanasi. The song is filled with hilarious interjections and one such is when Chulbul Pandey stomps the ground expecting it to split open but instead he appears hurt. But don't be fooled, folks. Anything can happen with Salman Khan around. Next second in the song, he cracks the ground open with his super move.

At one point in the song, Salman Khan also breathes fire, which appears symbolic for destruction of evil - a subtle reference to his cop persona in the movie. However, Salman has also changed the signature hook-step of the Dabangg song (the belt step, remember?) and we'll keep the mystery alive for you to witness it.

Watch Hud Hud Dabangg from Dabangg 3 here. It has been sung by Divya Kumar, Shabab Sabri and Sajid of singer duo Sajid-Wajid.