Cannes 2019: What's Behind Sonam Kapoor's Look This Year, As Revealed By Sister Rhea

Rhea Kapoor: "As woman, we all have different shades in our personality. When I am styling someone, I try to bring out or highlight one of the shades" 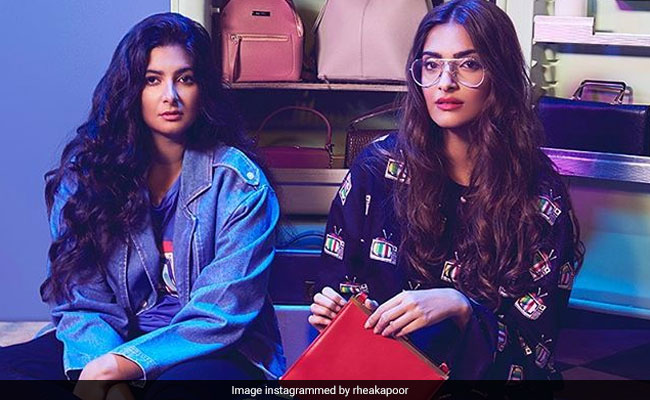 Simplicity and elegance will be the focus of actress Sonam K Ahuja's look at the 72nd Cannes film festival's red carpet, says her sister Rhea Kapoor, who is a stylist and film producer. Keeping the details of the designer whose creation Sonam will flaunt at the gala under wraps, Rhea told news agency IANS: "I think this year we are going to focus on simplicity and elegance... It will be more on Sonam's personality and where she is in her life right now. See, this is a very beautiful phase of her life where she is very happy, content and emotionally secure. So, it should come across in the clothes and the looks."

Rhea Kapoor has not only styled Sonam Kapoor on several occasions, but also worked with her as a producer in films Aisha, Khoobsurat and Veere Di Wedding. She ensured that Sonam was seen in a different look each time.

What's her reference point as a stylist? Rhea Kapoor said: "We all are dreamers. We like to tell stories, read books, look at pictures and at times feel so connected with characters from our favourite stories... Being an introvert as a child, I always spent time on reading books. It is the same with Sonam. So when I style anyone, any character in a film, or a person in real life, I take inspiration from books and iconic personalities."

"As woman, we all have different shades in our personality. When I am styling someone, I try to bring out or highlight one of the shades. I'm always inspired by women like Gayatri Devi and Audrey Hepburn... The list is long," she added.

Rhea Kapoor said that mood also helps her in styling. "Someday we wake up in the morning and feel like looking sexy, someday we want to highlight elegance. So, we style up ourselves based on mood," shared Rhea on the sidelines of the launch of 'Style Digest 2.0' by Zoya, a jewellery brand.

Rhea particularly likes their Hollywood Collection. "I am gearing up for the Cannes red carpet as you know and the line has a lot of designs inspired by Paris. So, the shapes and forms are inspired by a lot of architectures that have interesting and intricate forms."

There is a perception that mostly jewellery that is used on a big occasion like a red carpet or a wedding cannot be worn for a regular event. But Rhea says any statement piece can be mixed and matched with a simple and elegant outfit. What's the best suited outfit for that? "Sari," pat came the reply.

"A sari is our regular wear just like a gown in the western world. So why not make it cool? I think nothing goes better with a sari than western looking jewellery. A sari could be very simple and I can accessorize it with a statement piece. It will look fab," said Rhea Kapoor. On the film front, Rhea is quite excited about the upcoming projects that she is developing and will announce soon.