On First Anniversary, Sonam Kapoor Reveals She Put On Weight And Had Dark Circles After Wedding And 'That's Okay' 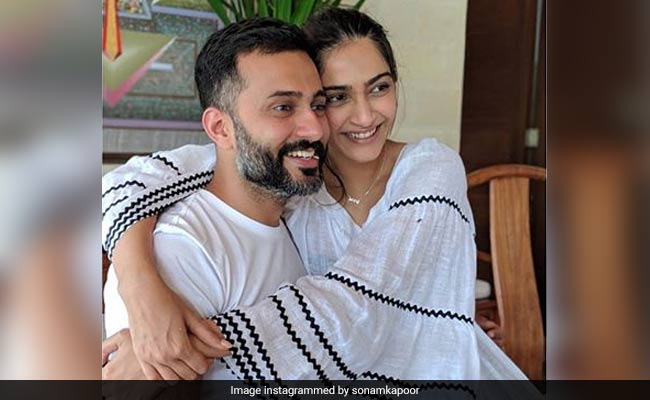 Sonam Kapoor, who is celebrating her first wedding anniversary today, told news agency IANS that like every woman she has also changed after getting married and that "it's okay." Speaking to IANS, Sonam Kapoor said: "After my wedding, I have put on weight, my skin goes bad, I have really bad dark circles and I want all the girls to know that it's okay... In India, there is so much pressure on girls... Whether it's about who you're getting married to, what is his education, why is your skin looking like that, 'don't go to sunny places you will become dark', 'why have you cut your hair', don't go out so much, don't go out drinking." Sonam Kapoor is married to businessman Anand Ahuja, whom she dated for two years before getting married.

Sonam Kapoor explained that this is the reason why she opts for roles in which she can portray problems women face in real life and that her onscreen story resonates with their real stories.

"A lot of girls tend to be like, 'Listen, if I am such a mess, how am I ever going to succeed in life?' But I want to say, it's okay to be a mess. I think that's what I said through Mili in Khoobsurat and that's what I liked about Zoya (in The Zoya Factor) as well. I like to play girls who are regular and normal, who have regular problems because all of us have them... I think it's important for me to play characters who are normal. That's what I loved about Zoya - she is very normal and average," she said.

Sonam Kapoor was last seen in Ek Ladki Ko Dekha Toh Aisa Laga. Her next film The Zoya Factor is an adaptation of Anuja Chauhan's book and it also stars Dulquer Salmaan.