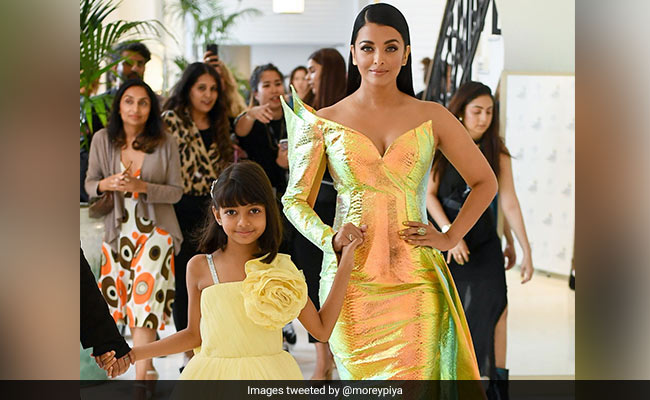 Aishwarya Rai Bachchan on Cannes red carpet. Enough said. The seasoned Cannes celebrity sprinkled stardust on the French Riviera red carpet as she sashayed down the aisle in a dual-toned metallic hued fish-cut dress in golden-green from Jean-Louis Sabaji couture. The former beauty queen let her show-stealing ensemble do the fashion talk, keeping it simple and elegant in the make-up corner. Contoured cheeks and nude lips is a sure hit this season and Aishwarya went with just that, styling her hair in sleek straights. Sparkly studs and two rings from the collections of Boucheron are all she needed to balance her fashion blaze. Ahead of that, seven-year-old Aaradhya Bachchan adorably escorted her mom as she made her way through Hotel Martinez. The colour of Aishwarya's gown rubbed off on Aaradhya's frock, embellished with a huge flower.

There was also a twirl.

Aishwarya Rai and her daughter #Cannes2019pic.twitter.com/IDyrT11UyX

Aishwarya Rai Bachchan is brighter than the French Riviera sun on the red carpet: 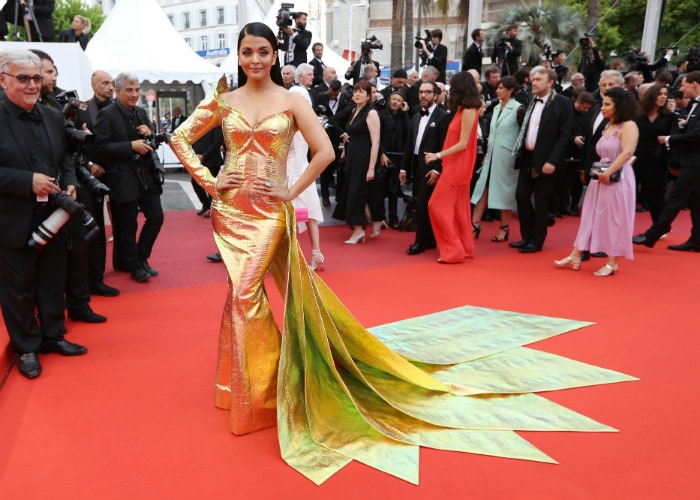 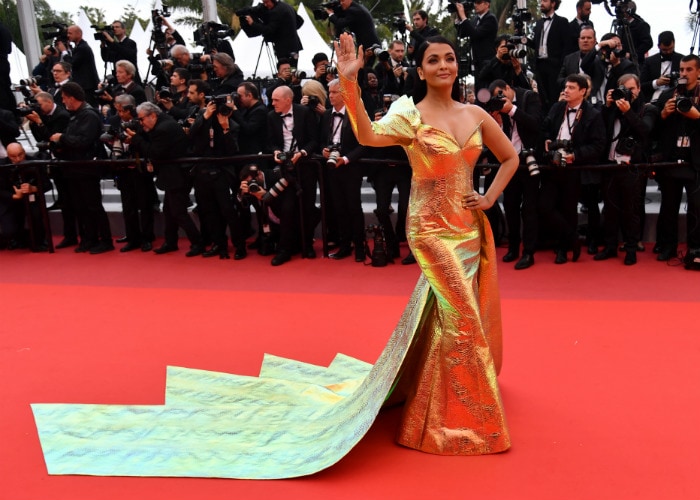 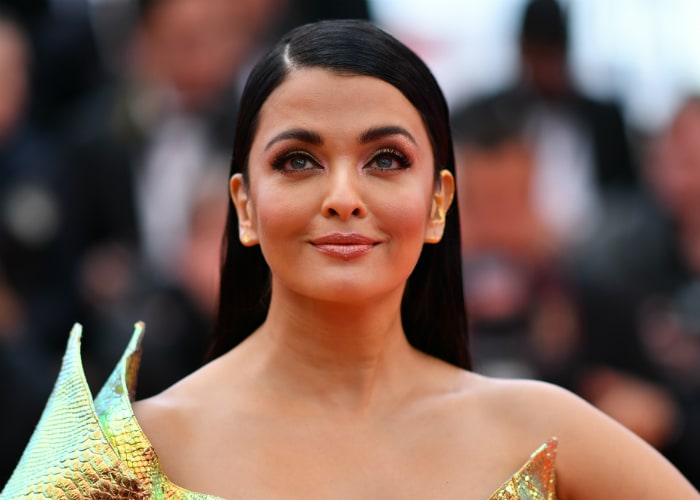 Earlier in the day, Aishwarya Rai Bachchan announced her arrival in the French Riviera with a cute Instagram post featuring herself, daughter Aaradhya and the stunning bouquet she was welcomed with. "We're here... Thank you all for your love, Cannes 2019."

A post shared by AishwaryaRaiBachchan (@aishwaryaraibachchan_arb) on May 19, 2019 at 3:55am PDT

The Cannes veteran's travel wardrobe may have been simple but it was definitely couture-heavy, keeping up with the whole idea of Cannes. Neon green and white are clearly celebrity favourites this year at Cannes and Aishwarya found just the right combination of colours in this Barbara Bui jacket. 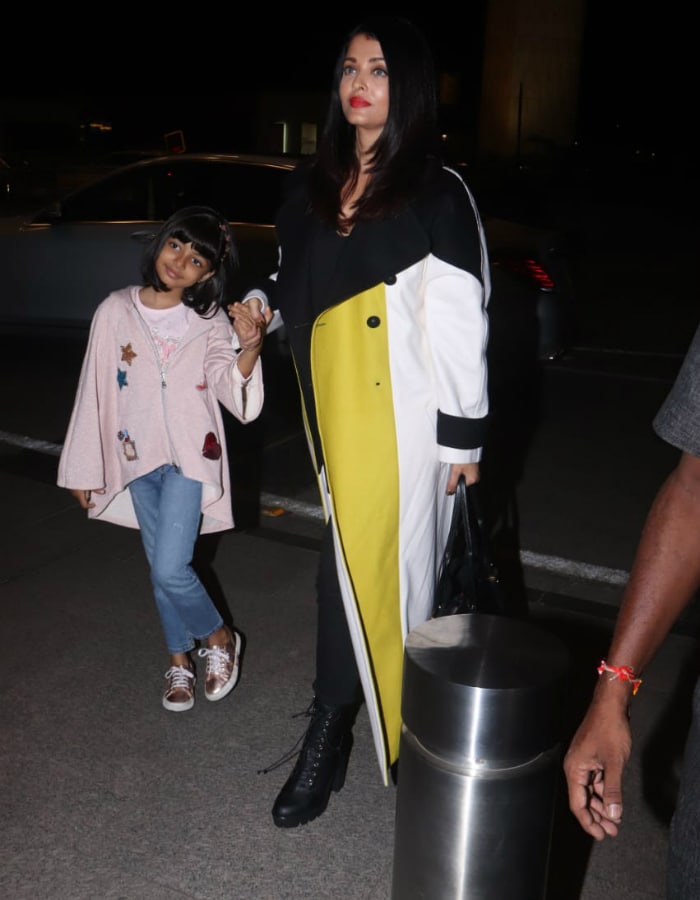