Cannes 2019: Aishwarya Rai Bachchan Is A Mermaid One Day, Angelic The Next. See Red Carpet Look 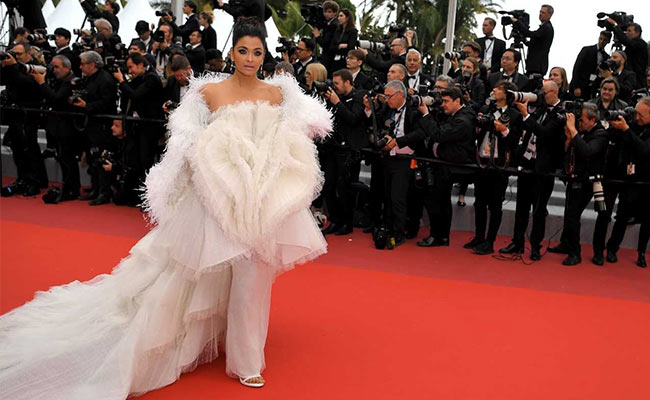 Back home, Aishwarya Rai Bachchan is the unwilling centre of controversy after her ex-boyfriend Vivek Oberoi tweeted a distasteful meme of her but the actress herself is not home - she's in Cannes, making her second red carpet appearance at this year's film festival. Just the day before, Aishwarya was a futuristic mermaid in a molten gold-green snakeskin effect gown with her hair slicked back. Tonight, she's heaven-sent in a sweeping white dress of tulle and feathers by Ashi Studio, accessorized with diamonds. The actress finished off her look with kohl-rimmed eyes and light pink lip colour. Aishwarya's hair was pulled back in a bun. 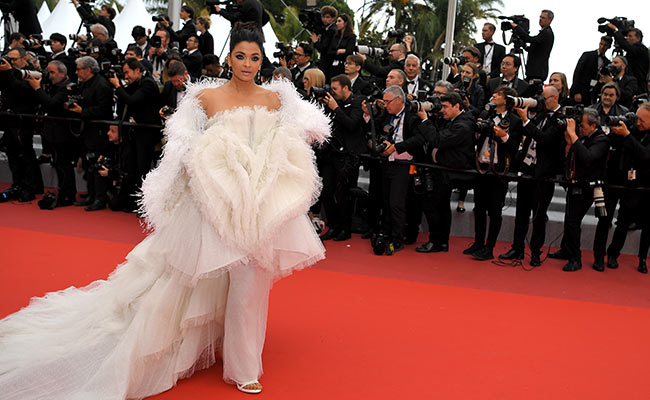 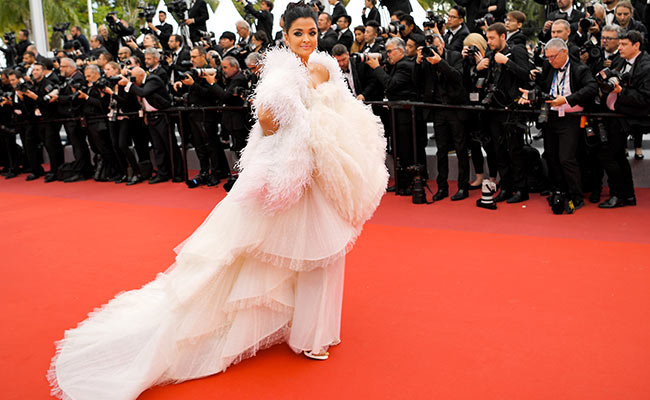 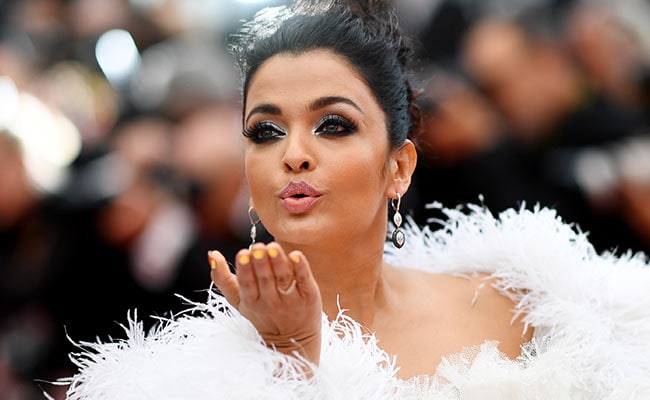 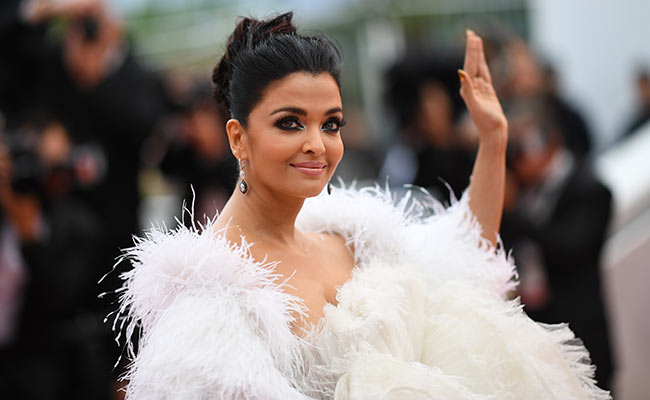 Ahead of her red carpet appearance, Aishwarya Rai Bachchan gave her fans a glimpse of her outfit by sharing a video on her Instagram profile. Take a look here:

A post shared by AishwaryaRaiBachchan (@aishwaryaraibachchan_arb) on May 20, 2019 at 8:59am PDT

Aishwarya Rai Bachchan's daytime outfit choices veered between a feminine maxi dress and a high-street denim-on-denim look. Her first outfit was an off-shoulder red and white striped maxi dress, designed by Leal Daccarett. Aishwarya's second pick for the day was a pair of denims with a plain white top and she threw an embellished denim cape over it. She finished both the looks with crimson lips and a pair of black sunglasses.

Aishwarya Rai Bachchan made her first red carpet appearance at this year's Cannes Film Festival on Sunday night. The actress made heads turn in an iridescent yellow fish-cut gown from Jean-Louis Sabaji's couture. The actress opted for poker straight hair and looked simply phenomenal. Here are the pictures: 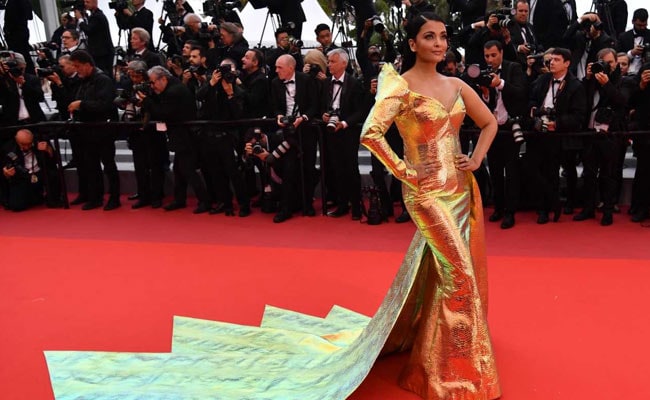 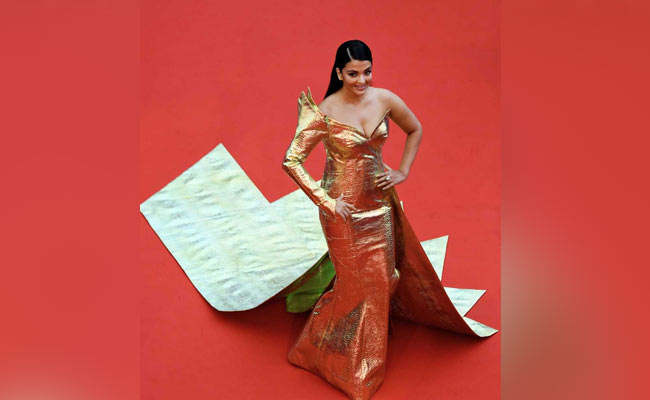 The Fanney Khan actress arrived at the French Riviera on Sunday. Aishwarya is accompanied by her seven-year-old daughter Aaradhya. Take a look at the picture here: