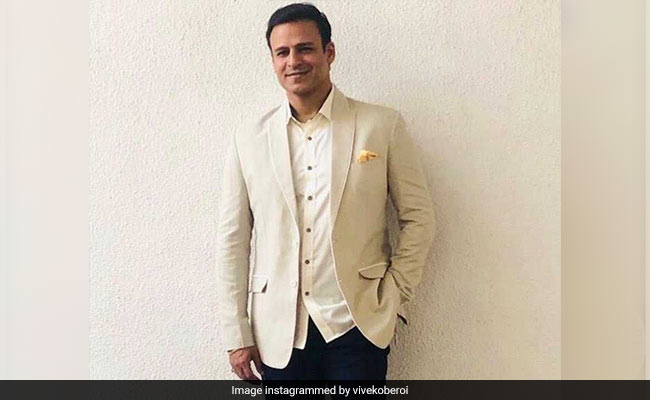 Not only is actor Vivek Oberoi completely unrepentant after being sent a notice by the National Commission of Women over a distasteful meme he shared on Monday, he has also dismissed actress Sonam Kapoor - one of the many who criticised him - as an 'overactor' and 'overreactor.' Mr Oberoi has been pilloried on social media after he shared a meme (not created by him) that used pictures of Aishwarya Rai Bachchan, her husband Abhishek and their young daughter to explain opinion and exit polls. Vivek Oberoi, who dated Ms Rai Bachchan many years ago, posted the meme on his Twitter and wrote: "Haha, creative. No politics here, just life."

Vivek Oberoi trended furiously all Monday. He has not deleted the tweet, widely condemned on social media, and doesn't plan to. After the National Commission of Women sent him a notice, a defiant Mr Oberoi told ANI that he doesn't think he has done anything wrong, that people are making a huge issue out of it and that he doesn't know what he should apologise for. Mr Oberoi suggested that the protests against his tweet were actually targeted at his new film, a biopic of Narendra Modi in which Mr Oberoi plays the lead and which will release this Friday, a day after Lok Sabha election results. Vivek Oberoi has campaigned for the BJP this election season.

Vivek Oberoi, who starred with Aishwarya Rai Bachchan in the 2004 film Kyun? Ho Gaya Na..., also told ANI, "Those in the meme don't have a problem but everyone else does."

Aishwarya Rai Bachchan married Abhishek Bachchan in 2007 and their daughter was born in 2011. Vivek Oberoi, star of films such as Omkara and Saathiya, married Priyanka Alva in 2010 and they have two children.