Can You Identify The Chak De! India Actress In This "Major Throwback" Pic?

She is best known for her role in Shah Rukh Khan's 2007 film Chak De! India. She's also starred in movies such as Fox, Rush, Irada. 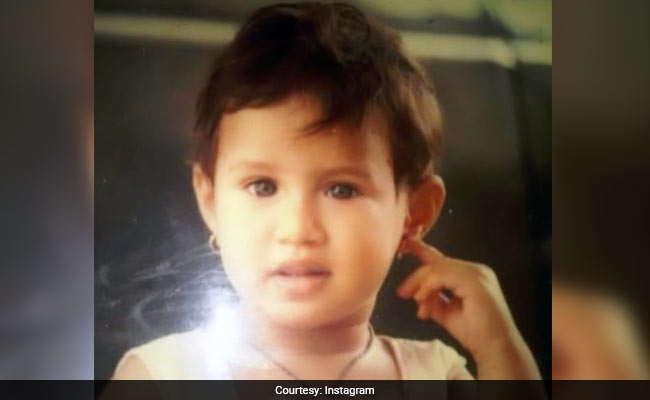 Who knew one day she would grow up to be an actress? This Chak De! India actress flipped through the pages of her childhood album and fished out a throwback... scratch that... "major throwback" memory and had to had to share it with her fans. What we are talking about is an old photo of Sagarika Ghatge from when she was just a baby. The 34-year-old actress had the perfect caption to go with the photo. "Who knew what 2020 had in store back then! Major throwback," she captioned her blast from the past. Sagarika Ghatge's baby version prompted comments such as: "Cute then, cute now," from her Chak De! India co-star Chitrashi Rawat.

Who knew what 2020 had in store back then !! #majorthrowback

During the nationwide lockdown because of the coronavirus outbreak, Sagarika Ghatge has often been revisiting throwback memories and sharing some of them with her fans. Here's when she could step out for some coffee.

Back in the day waiting patiently for my coffee.

Here's a throwback to her Paris diaries with husband, cricketer Zaheer Khan.

Missing the "sun and the run," Sagarika also posted this:

Sagarika Ghatge and Zaheer Khan got married in a private ceremony in November 2017. After their low-key wedding, the newly-married couple hosted grand reception for their friends and also a a joint sangeet ceremony.