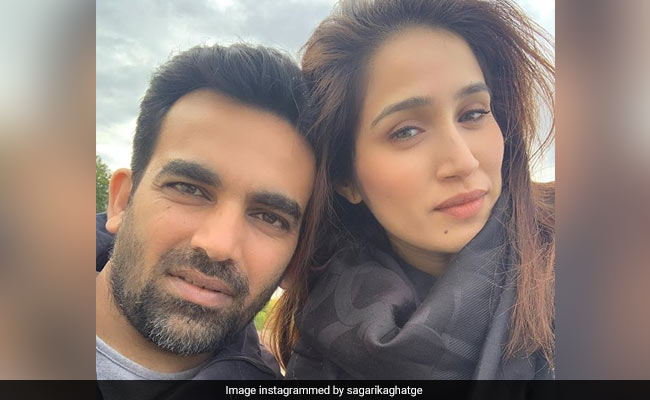 Once upon a time, people could travel around the world and actress Sagarika Ghatge shared a mushy picture from those good old days on Instagram. The picture shared by the actress also features her husband and former cricketer Zaheer Khan. The photograph happens to be from Paris (as mentioned by the Chak De! India actress in her caption). The picture is a close-up shot of the couple, in which they can be seen twinning in black outfits. Sagarika captioned the post: "Just us #memoriesoftravel #paris." She added a heart emoji to her post.

Sagarika and Zaheer frequently make appearances on each other's Instagram profile. On Sagarika's birthday this year, Zaheer Khan posted a set of super cute pictures on his Instagram profile and he captioned it: "Happy Birthday SK. My love and lifelong entertainer."

Sagarika Ghatge was last seen in the National Award-winning film Irada, which also featured Naseeruddin Shah, Arshad Warsi, Divya Dutta and Sharad Kelkar. She has also featured in films such as Miley Na Miley Hum and Rush. She will next be seen in the Marathi film Monsoon Football.