Brahmastra: Ranbir Kapoor Spills The Beans On The Film's Plot 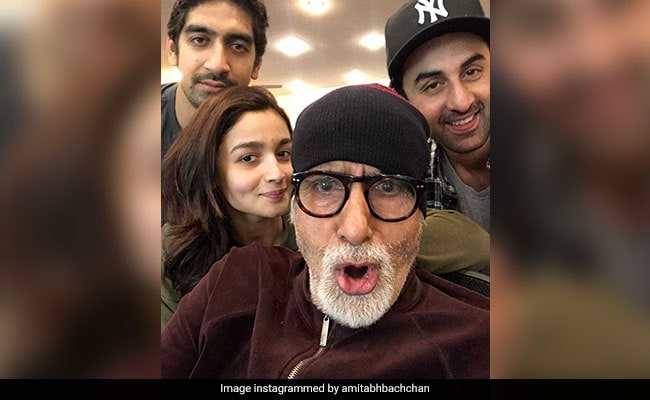 New Delhi: Ranbir Kapoor finally cleared the air about the rumours surrounding his forthcoming film Brahmastra and revealed that it cannot be categorised as a superhero film per say. However, he did mention that the film is a "supernatural romantic fairy tale," reports mid-day. After the film was announced last year, there were speculations that Brahamastra is a superhero drama with Ranbir's character apparently having the superpower of unleashing fire from his palms. "It is actually a supernatural romantic fairy tale at heart. Ayan (film's director Ayan Mukerji) will never make a character that doesn't have truth to it, or which is unbelievable. It's too early to talk about the film, but it is something I am terribly excited about," said Ranbir.

Ranbir, who has previously worked with Ayan Mukerji in films such as Wake Up Sid and Yeh Jawaani Hai Deewani, said that he is excited to collaborate with Ayan again and told mid-day: "Apart from being my best friend and my favourite director, Ayan has worked on this film for six years. He is going to spend the next 10 years of his life on this trilogy. So when the first part is complete, the audience will know it's not the end. That is something really exciting for me as an actor." The 35-year-old actor added: "After the first film is out, we'll shoot the second part and then the third. Between every part, Ayan has allowed me to do two films, which is great."

Brahmastra is a fantasy trilogy which also features Amitabh Bachchan, Alia Bhatt and Mouni Roy and its first part is slated to release in August 2019.

Ranbir Kapoor is currently occupied with the promotions of his upcoming film Sanju, which will hit the screens on June 29.
Comments
Ranbir KapoorBrahmastraAyan Mukerji