Brahmastra trailer will release on June 15 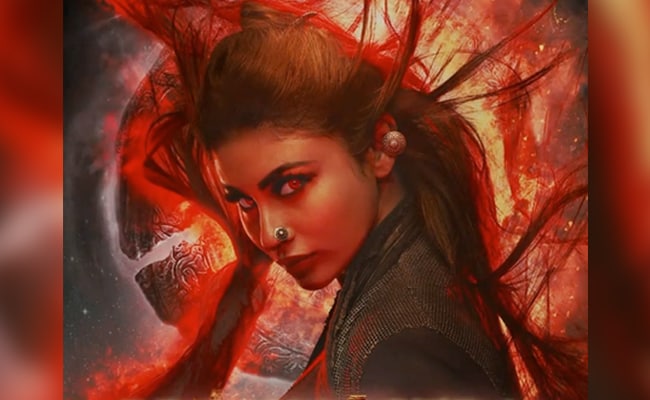 New Delhi: Ahead of theBrahmastratrailer, Ayan Mukerji has shared the first-look poster of Mouni Roy. Starring Ranbir Kapoor and Alia Bhatt in the lead, Mouni will play the role of Junoon - Queen of darkness, in the movie. The poster features Mouni with red eyes and vicious looks. Sharing the poster, Brahmastra's director Ayan Mukerji wrote, "A lot of people, I think, are going to walk out of Brahmastra, talking about Mouni's Performance as Junoon. Moun - who has deep belief and deep surrender for Lord Shiva - has always understood Brahmastra very naturally - and with that understanding, she really killed it with her part in our movie! My first meeting with her, I offered her a 'special appearance' in Brahmastra. Eventually she shot with us from our first day to our last schedule, and is really, the surprise package in the film!".

Earlier, he shared the first-look posters of Amitabh Bachchan's character Guru - the master of light and Nagarjuna's character Anish and his Nandi Astra. Check out the posts below:

Meanwhile, on Monday, Ayan Mukerji announced Chiranjeevi's association with Brahmastra. The superstar has lent his voice to the Telugu version of the trailer. Welcoming Chiranjeevi, he shared a video on his Instagram handle along with a long note. He wrote, "Chiranjeevi Garu & Brahmastra I have met Chiranjeevi Garu on just two occasions - once with Ranbir when we asked him to lend his voice for Brahmastra in Telugu, and once when we recorded his iconic voice a few days ago - but the feeling he has left me with, will last forever. A Mega Star with Magic Energy - He made me feel so warm and so welcome, and was so positive about Brahmastra - I cherish deeply having had the privilege to have met him on this journey! With utmost respect (and excitement)... I feel honoured to share that Chiranjeevi Garu is lending his Voice to our movie, and our Trailer in Telugu. To be in the Dub Studio with him, and to listen to his voice on our Trailer - will be one of my favourite memories on Brahmastra!".

Meanwhile, the trailer of the much-awaited film Brahmastra will release tomorrow (June 15). Produced by Karan Johar's Dharma Productions, the film is slated to release in theatres on September 9, 2022.